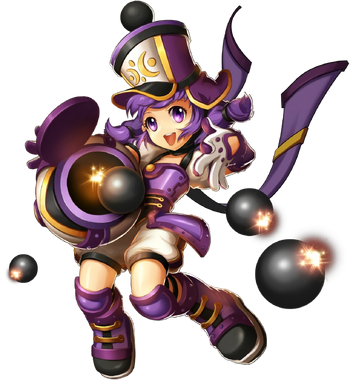 Combat Alchemists may not be as agile as Mages, but they possess large amounts of offensive power than them. They carry a pot that contains bombs, land mines, and toxic gas. Combat Alchemists are especially useful because they can support their allies by healing and shielding, in addition to using devastating attacks to defeat enemies. They can be a great threat to their enemies depending on how they are used; their biggest drawback in battle is their slow movement. Combat Alchemist's can set invisible black magic land mines, spread toxic gas, and fire powerful bombs to attack enemies as well as heal and shield friendly targets at close range with their white magic.

"To continue your training, you will need to find magical pot fragments. They can be found from monsters between Marsh of Oblivion and Gaikoz's Castle. I'll give you something nice if you find them." 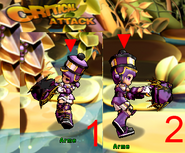 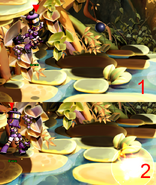 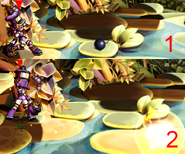 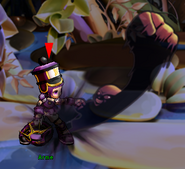 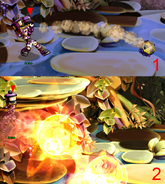 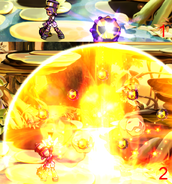 Death Field's mines
Add a photo to this gallery 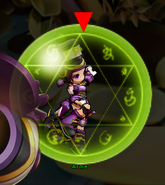 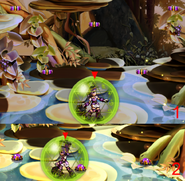 Bomb Drop (Advanced)
Add a photo to this gallery

Retrieved from "https://grandchase.fandom.com/wiki/Alchemist?oldid=55448"
Community content is available under CC-BY-SA unless otherwise noted.