Anmon Scouts are a common monster throughout certain parts of Ellia, often appearing in different forms; regular, elite, and dark. They were originally guardians of Bermesiah, who were corrupted by Kaze'aze.

Their attacks are generally simple. One is where it does a basic stab in front of it. Sometimes, it uses a variation of the stab, where its arm stretches out, increasing the distance of its attack in front of it, and it takes a second to charge the attack. (In Season 3 this attack was modified to pull a target). A third attack is when it jumps to the player while spinning, slashing at the player once upon landing if they do not dodge it. It can also use this when it is recovering from being knocked down. 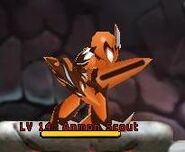 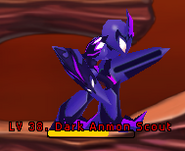 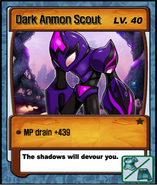 Retrieved from "https://grandchase.fandom.com/wiki/Anmon_Scout?oldid=42867"
Community content is available under CC-BY-SA unless otherwise noted.