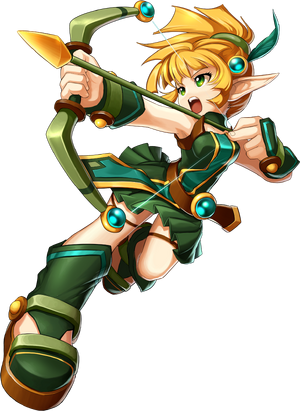 Archers specializes in powerful long-range bow and arrow attacks, and can move quickly and stealthily. Her only downside is that she is easily pursued by Knights; however, she can overcome this vulnerability by using her environment to her advantage, waiting for the perfect opportunity to strike her foes down with a vital arrow shot. Archers are designed for players who are skilled at controlling characters with precision. If Archer is guarded by another Knight in combat, she’ll make her enemies realize how foolish it was to confront her. Archer’s most remarkable special ability is her Double Jump.

As a first class, Archer does not need to be unlocked; Lire starts as this class.

Lire's arrows arc down slightly when fired. However, she can aim most of her attacks at an angle, from straight up to nearly straight down. All her arrows have infinite range. 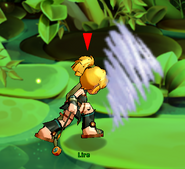 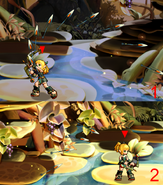 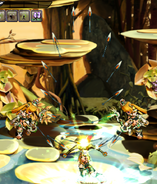 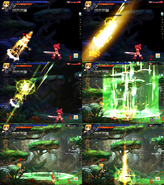 Shooting Star
Add a photo to this gallery

Retrieved from "https://grandchase.fandom.com/wiki/Archer?oldid=77544"
Community content is available under CC-BY-SA unless otherwise noted.