"The Blue Fox of Kanavan."

Blue Fox could read people's interests easily. Most people who approached the boy were trying to use him. Blue Fox was not disappointed by that. Just thought that he could use them as much as they used him. But, he was being used because he was so weak.

One day, the Silver Land became separated from the mainland due to the Ascendant God. Silver Knight's second-in-command Asin Tairin, gets badly wounded from fighting monsters. Blue Fox rescued him from a mountain of monsters. Asin Tairin, who almost died, believed that all of his friends had died and took Blue Fox as his student to carry on Silver Knight's existence. That's what Blue Fox wanted too. As soon as he rescued Asin Tairin, he thought about using him.

Asin Tairin taught him everything he knew. He taught him martial arts and left him the status of Silver Knight. He finally accepted his death after pushing it back for so long. Blue Fox did not feel guilty about the fact he used Asin Tairin. It's natural for a human to use another human. The same went for Asin Tairin. Asin Tairin had the purpose of making Asin, Blue Fox, his future generation. Asin can just repay the price by meeting his expectations. Therefore, Asin believes he must become the strongest Silver Knight.

Asin went to the principal's office. He didn't do anything wrong. He had to stop by the office because he transferred. The Dean of Students talked while looking at Asin's student record. "I'll tell you in advance... I hate troublemakers." "Yeah, I'm sure." "I'm warning you. If I see you peeking around groups of troublemakers, you'll be expelled. Understood?" "Do I get a choice?" The Dean of Students didn't like his attitude and talked to him for a long time. Thanks to her, it was already lunchtime. "Ahh! Be careful!" A girl with pink hair suddenly came out from the corner of the hallway. Usually, someone would bump into her and something happens or would catch her but Asin dodged her with his excellent reflexes. The girl didn't fall but looked back at Asin with a disappointed face. "Wow, people usually catch me." "Was I supposed to catch you?" "No! Not really. Hm, a new face... are you new?" "I am." "Do you like basketball?" The girl gave Asin a flyer. It was a flyer to promote the basketball club. "If you are interested, come! I would love to tell you in detail, but I'm busy right now. Please stop by, please!" The girl ran down the hallway and disappeared. Asin looked up and down and tilted his head. Asin didn't look like he would play sports. He never thought about it, but it wasn't a bad idea. "I can't transfer school again... Should I just stay low at a basketball club?" "Hey, why are you standing in the middle of the hallway? Did you pay for this place?" Tap. Tap. "......" A group of students pushed Asin. It wasn't intended for Asin. They just wanted him to see the power they have. But Asin wouldn't refuse a fight. Asin crumbled the flyer and untied his necktie. "Fuhuhu. I fit better for school violence rather than teenage drama!"

Asin hasn't inherited just the name. Asin Tairin who was Silver Knight's second-in-command and a master of martial arts, inherited his martial arts skills do Asin. And as proof to show that he inherited everything, he gave Asin his Armguard.

Asin who received everything from Asin Tairin believes that he must show he's the strongest Silver Knight with the Armguard he received. 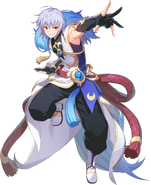 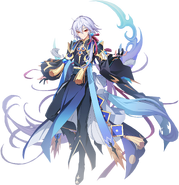 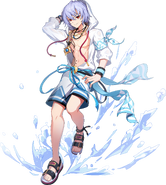 Transfer Student
(Premium avatar)
Add a photo to this gallery 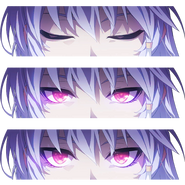 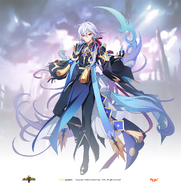 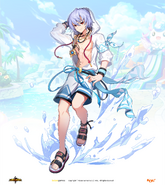 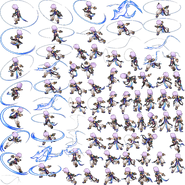 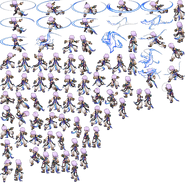 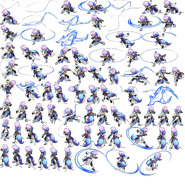 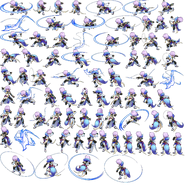 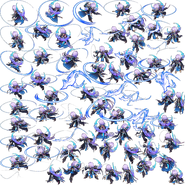 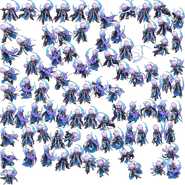 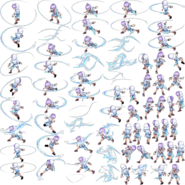 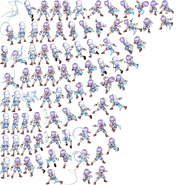 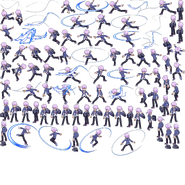 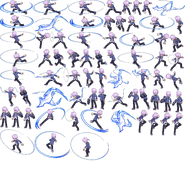 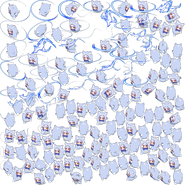 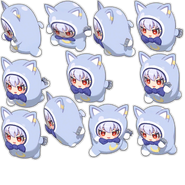 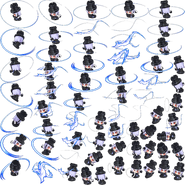 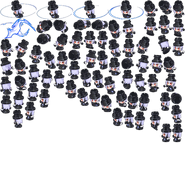 Retrieved from "https://grandchase.fandom.com/wiki/Asin/Grand_Chase_Dimensional_Chaser?oldid=82072"
Community content is available under CC-BY-SA unless otherwise noted.