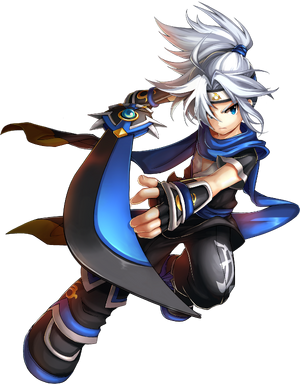 The Assassin’s greatest advantage is his dash: he can double dash on the ground, dash in any location, speed up his dash after the second dash, and freely change the dash direction to chase fleeing enemies. He also has great attack speed that can be used to instantly finish enemies at close range, though he may need to change his attack strategies according to how his enemies move.

"You are... Hmm, no, I won't judge you by your past. Kaze'aze had control over your soul, that was all. I won't hold you responsible. Ah, you want to safeguard peace on this earth? Rid Bermesiah Continent of all these wicked monsters." 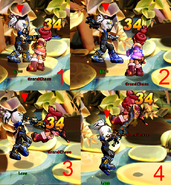 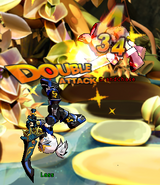 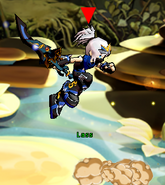 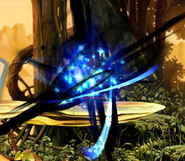 Shadow Vanish
Add a photo to this gallery

Retrieved from "https://grandchase.fandom.com/wiki/Assassin?oldid=51966"
Community content is available under CC-BY-SA unless otherwise noted.