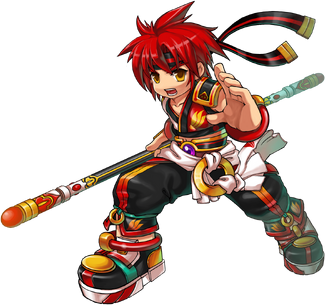 The ancient Asura were deities invoked by warriors while they meditated to soothe the violence within. These same gods were also called upon to push the ancient warriors' violent attacks to new levels of power. Though neither divine nor immortal, he who was called the "Asura" was an accomplished fighter, a lion protecting the gods. Having willingly chosen the trial of defending the cruel, yet righteous gods while preserving peace and virtue in all the land neither gods nor humans could find fault with him.

The last Asura sensed the gathering malignant forces and summoned the most distinguished warriors to bestow upon them his divine teachings to aid them in the coming maelstrom. His efforts were in vain, however, for the warriors had neither the strength of body nor the strength of mind to absorb his teachings. Those who did not die went mad.

Having been defeated by the Ascendant God, Asura prepared to meet his end. He announced his final holy edict and commanded that once a great warrior was found he should inherit the title of "Asura." Jin, having heeded the late Asura's call, took on the rigorous test of improving his mind and his fighting skills. Upon receiving the Asura's weapon, the Chamma, and the divine teachings, Jin became the Asura: the Divine Warrior.

With its light weight and long reach the Chamma is a highly efficient weapon that allows for speedy combos and thrusts, allowing one to attack enemies from a safe distance. Currently, Jin compensates for his close range fighting, a rather weak point, with his quick moves and dodges. However, Asura not only possesses speed and long range fighting abilities, he also has a variety of attacks and evasive moves all stemming from his combo attacks.

The combination of the Burning Skill and the Chamma gives Asura a special quality that allows for enhanced destructive power combined with restraint. The Chamma can be unequipped and foes small and large can be fought with fists. However, fighting with one’s bare hands is less powerful than fighting with the Chamma, therefore fighting an enemy with high defense or high attack with the Chamma is much more effective.

"You and I are joined as it is your destiny to become the Asura. Many warriors sacrificed their souls to find you. Take this burden from me and rid the world of evil! We are the Asura. You and I are one!" 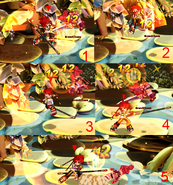 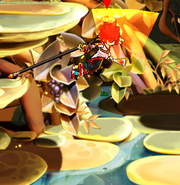 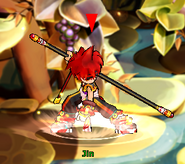 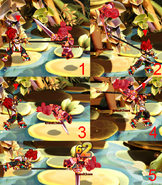 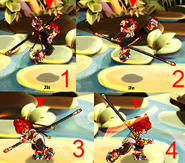 Rush
Add a photo to this gallery

Skyfall
Add a photo to this gallery

Burning Asura Yang
Add a photo to this gallery 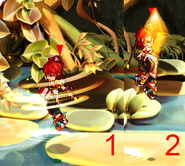 Howls of the Rising Sun 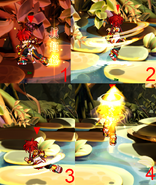 Retrieved from "https://grandchase.fandom.com/wiki/Asura?oldid=57112"
Community content is available under CC-BY-SA unless otherwise noted.