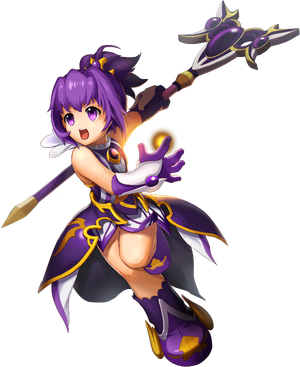 Battle Mages (abbreviated as BM), whom hold the highest rank of the Royal Court Mages, stand at the front lines of battle. They cast powerful magic spells using strong elemental powers with their War Staff. In recognition of her efforts to protect the Bermesiah Continent from the evil forces of Kaze'aze and Dark Anmon, Arme has been rewarded with the honorable title of Battle Mage from the Violet Mage Guild.

Unlike Mages who fulfill dual roles of inflicting damage and providing support to allies, Battle Mages only specialize in overwhelming their enemies with powerful magic. Arme can combine her long-range and wide-range magic attack skills with the Warlock class’s specialty in melee attacks to devastating effect. Battle Mages are ideal for inflicting great damage over wide areas and at close range, but suffer from considerably low accuracy in long-range attacks, so they must employ different combat strategies according to each unique situation. Battle Mages also have a useful skill known as Teleport and other special abilities that are especially effective against long-range specialists like Archers.

"Your magical skills will surely be of great help in the upcoming battle, but you lack the experience to wield them. Go up against the spirits and gain some more skills before coming back!"

"I will now test you on your ability to control your power and magic. If you are able to successfully pass the test, then I will acknowledge your abilities to take the final test."

"This is your final test and the time for you to gather the materials to create your War Staff. I will pray for your swift success." 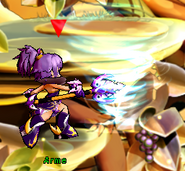 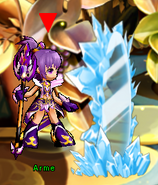 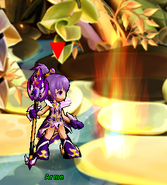 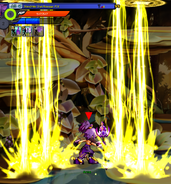 The End
Add a photo to this gallery

Air Blast
Add a photo to this gallery

Retrieved from "https://grandchase.fandom.com/wiki/Battle_Mage?oldid=55490"
Community content is available under CC-BY-SA unless otherwise noted.