"The lightning king of destruction."

Though Belile was born to a demon family of Hardliners faction, his family's power was weak which made it difficult to succeed in a society that focused on bloodlines. Using his powerful combat abilities as a foundation, he lived each day proving himself to others. However, success did not come easy.

In the end, it was Heitaros that recognized Belile and made him his subordinate. Belile understood that Heitaros acknowledged him for his skills and not his background and this he became deeply loyal. Once Heitaros was fully resurrected and came into power, Belile would also stand at the core of that power and would finally be able to flatten the noses of all those that had looked down and underestimated him.

Due to his birth into a worthless family, he has a complex regarding where people are from and has a strong abhorrence and contempt for those that are not demons.

Belile can be fought as a boss in Act 7.9: The Final Battle. He reappears as 'Corrupted Belie' in Raid 1.7: Fire and Ice. 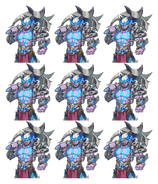 The expression system of Belile.

Tyrant icon.
Add a photo to this gallery 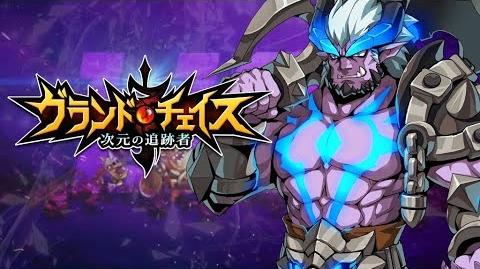 Retrieved from "https://grandchase.fandom.com/wiki/Belile?oldid=78330"
Community content is available under CC-BY-SA unless otherwise noted.