"The dark and Lonely assassin."

He is a first-rate assassin who will kill anyone as long as he is paid the appropriate amount. Though there are many rumors about him, no one knows his identity. What is known is that as long as you speak with his agent regarding your goals and pay the fee just like the name of his weapon Light Arrow he will finish the work at the speed of light.

Though he has presented death to many targets, the one thing he will not do is kill children. Nobody knows about the reason behind this and for the most part, no one cares to know either. More than anything who would want to ask a scary assassin from the Demon World such a question?

Recently his agent stopped taking additional requests for work. There has been speculation that he was murdered during an assassination mission or that he had finally washed his hands of the work. There are even absurd rumors that he's pledged allegiance to someone... In the end, there are only rumors and no way to find out the truth.

Bergamot can be fought as a boss in Epilogue 1.2: Trap.

Bergamot utilizes the same attacks he has as a playable character. 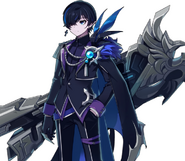 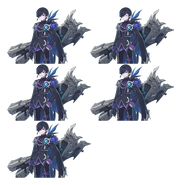 The expression system of Bergamot. 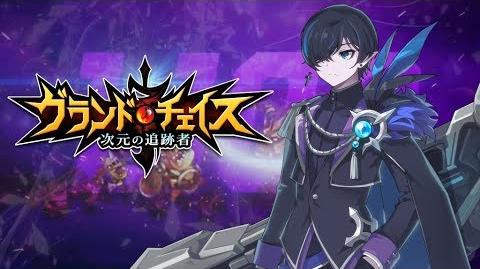 Retrieved from "https://grandchase.fandom.com/wiki/Bergamot?oldid=82385"
Community content is available under CC-BY-SA unless otherwise noted.