Uno was born in a pool of blood made by the Highlanders killed by Ashtaroth hundreds of years ago. While wandering Archimedia, Sieghart was found by the Highlanders in a critical condition. Through an oversight, he ended up accidentally revealing the location of the ruins to Ashtaroth who annihilated all Highlanders except for him who was not in the ruins at the time of the massacre. A giant pool of blood, anger, fear, despair, suffering, bodies, spirits, and resentments of the murdered Highlanders joined and a new life was slowly formed, for hundreds of years. Rising from the ruins of the Highlanders, Ashtaroth completely blocked the exit with a powerful enchantment of Kounat, but at the end of the Grand Chase's battle against Ashtaroth, the incantation lost its power and disappeared. At this time, a body rose from the pool of blood. Uno, without knowing either the reason for his birth, could endure the fear, despair, madness, hatred, and the insatiable thirst for blood, left the ruins to roam the unknown. While wandering, he found that he could not properly control his excessive use of blood. Over time, he lost consciousness.

He was found by a girl and taken to a village, where he received clothes, an old blade, and spent the night. However, unable to master the uncontrollable impulses coming from his mind, Uno massacred the entire village to get blood. He screamed in horror as he realized what he had done. With his bloodlust getting worse, Uno left for a long journey in Aernas, looking for the familiar presence that could help him.

Uno uses his sword to do basic melee attacks, however, he can use the blood gauge to deal out additional blows. He is the master of being able to quickly get behind the enemy to deal with continuous powerful damage. An incomplete Highlander, the Bloodless' main source of power is his blood inside his own body, but he must not abuse of such power carelessly, for he might lose the opportunity to absorb the blood of his opponents.

As a first job, Bloodless does not need to be unlocked; Uno starts as this job. 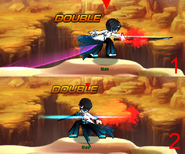 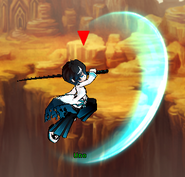 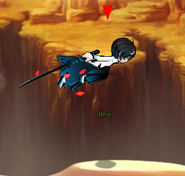 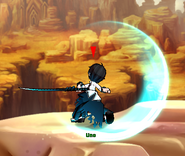 TIP: These moves will consume a Blood Orb if performed. 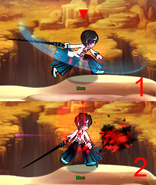 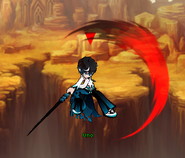 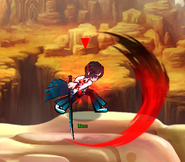 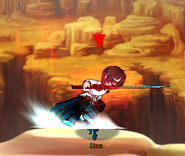 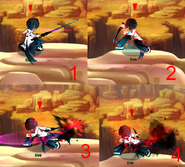 Blood Explosion
Add a photo to this gallery

TIP: Uno's Specials (except the fourth MP Specials) will be powered up by consuming two Blood Orbs, resulting in additional attacks akin to Rin's Glyph System. Uno's Purchase Specials will recover the consumed Orbs if the last attack of the Special manages to land a hit. 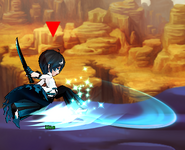 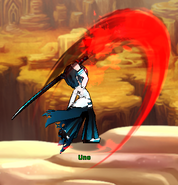 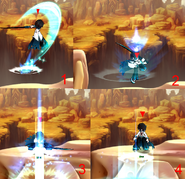 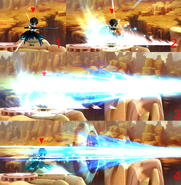 Blood Flower
Add a photo to this gallery 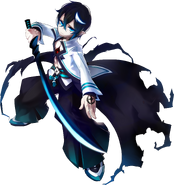 Retrieved from "https://grandchase.fandom.com/wiki/Bloodless?oldid=76031"
Community content is available under CC-BY-SA unless otherwise noted.