For the A-Rank version of this character, see Carnero.

Ramblin village is too small!

After villagers found out that their vampire neighbors were vegetarians, the Ramblin village was living a peaceful life. But it was not a good environment for Carnero to shake off his ambitions. Carnero had a feeling that he should leave the village.

"Are you really going to leave?"

Viola tried to get Carnero to not leave, but Carnero knew it was sympathy. The only reason for the leader of the village to hold on to him was for the loyalty of a childhood friend. Because Carnero knew about this, he shook off Viola and left the village.

Time for a long adventure, can't call me a man if I can't take my first footstep! Farewell, my hometown!

Carnero left his village very excited. However, he had to stop his adventure after a little while. He couldn't leave Beroiah because he didn't have enough money to pay for a seat on the ship. At first, he thought about working at the port and earning some money. However, he changed his mind after seeing Prince Dolly who stopped at Beroiah for his goat milk business.

How embarrassing is it to just work at a port city when I've finally left the village!

That night, Carnero got too anxious and secretly got on a ship, without knowing that the ship came from the Demon World...

Night came. Carnero, who was hiding in cargo, snuck into the cabin. He was too hungry to just hide. Not packing junk food in the bag... A mistake that wasn't like Carnero.

The cabin was really big, but his nose told him where to go. The strong smell of food was seducing Carnero from afar. There was a party in the cabin. Carnero was too lured by the smell that he didn't realize everyone in the cabin was a demon. Carnero stole food between people's legs and from under the table.

Carnero who was stealing food and eating under the table became bolder. He got out from under the table, sat down and ordered food from a waiter. At first, no one knew of his existence. However, he caught people's eyes as his plates started stacking up.

A guy who was seated at the head of the table stood up and started to speak into his microphone.

"Everyone who came to my fan meeting, THANKS! Eat as much as you like and enjoy YO!"

It was a fan meeting party.

Carnero who was startled grabbed his fork and knife as soon as he heard the words 'eat as much as you like' without knowing that BF was smirking behind him.

As the party was ending, Carnero got off the table with a big belly. However, he couldn't leave the party. BF with bulky waiters on each side were blocking him.

"Yes! It was delicious!"

"Then shall we pay the price? How much?"

"What? But didn't you say to eat a lot because it's a party? Why are you asking me to pay now?"

"There's no other choice! Work and pay the debt!"

"W, work? You want me to live as a slave on this boat forever?"

"Nope! I don't take money. I will specifically hire you as MY PET!" 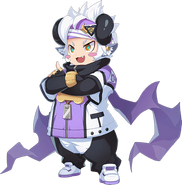 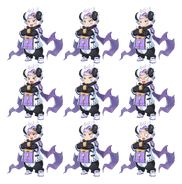 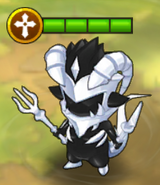 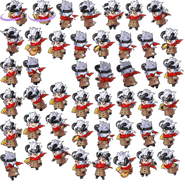 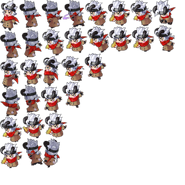 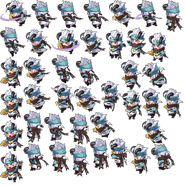 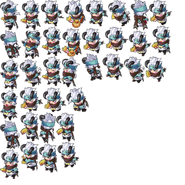 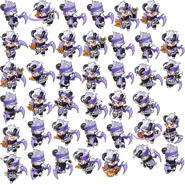 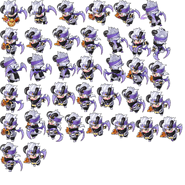 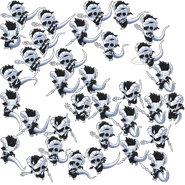 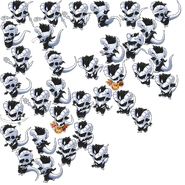 Retrieved from "https://grandchase.fandom.com/wiki/Carnero_(World_5)?oldid=82225"
Community content is available under CC-BY-SA unless otherwise noted.