The Coordishop (also known as the Avatar Shop or Visual Shop) is a store that sells equipment utilizing the Fusion System, allowing players to change the appearance of their characters' armor while retaining their stats.

As of Season V, all items purchased from the Coordishop come with various stats and grant set bonuses for equipping 4 or more Coordi pieces at once. These pieces do not have to match for the player to receive bonuses. Coordi items that were purchased or unlocked before the update were not grandfathered into this new system and offer no stat bonuses.

Rita is the NPC responsible for the Coordishop.

These types of Coordi items will modify the characters' poses in the Dungeon and PvP lobby. Note that all the components of the Coordi set must be equipped at once for the effect to occur. Lastly, due to coding, using the Fusion System to give these sets different appearances will keep the new stance. However, using these special stances, a new appearance will cause the character to do their regular stance.

Each character of Grand Chase possesses a unique set that represents his or her "other side" or a version of themselves from a different timeline although exceptions occur. If the entire Coordi set is equipped, additional effects will occur in gameplay, the effect depending on the character. Note that not everyone's set has a visible effect on gameplay.

Those who are not featured on this list did not receive an Awakening Coordi set before the game closed.

These items are based on each original MP characters' alternative designs or portraits which were used to promote their Skill Tree releases. At some point, some of them are worn by characters in the story.

Its version of the Coordishop simply called Custom Shop was added later on. While the function, for the most part, is the same, the avatars can only be purchased as a whole instead of pieces due to the game's utilization of sprite animations. Even so, their corresponding accessories can be bought separately. They also used to come with stories, however, these would be discarded after the batch of Rhythm Chase avatars. Unlike the PC version, each avatar has designs that differ per Hero although some still share the same names.

There are three types of avatars in the game namely Common, Premium and the Rare. The Common-grade sets simply have matching icons and sprites for characters while the Premium-grade ones come with unique portraits. The Rare-grade avatars which can only be purchased by using real money also offer brand new skill effects and animations along with exclusive profile pictures and borders. 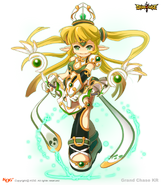 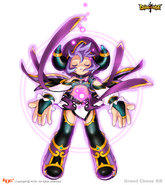 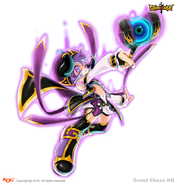 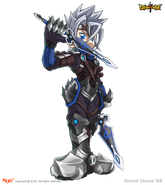 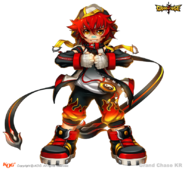 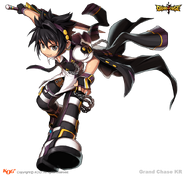 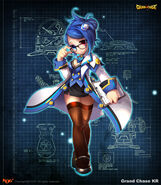