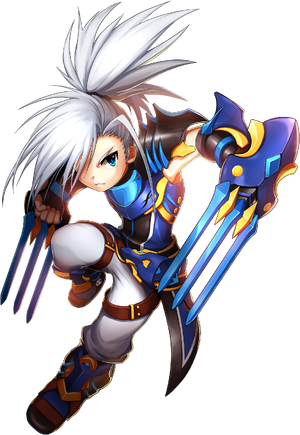 As the forces of darkness grow stronger, their soldiers become more menacing and ruthless. Their attacks against the innocents of Bermesiah Continent grow more brutal and frequent. Even though the allied forces of the Silver Cross Town Thief Guild’s Assassins, Eryuell Island’s Elven Archers, and the Violet Mage Guild’s Magicians tried to exterminate all these monsters, they remain vastly outnumbered. The Silver Cross Town Thief Guild is training more powerful Dark Assassins, so called because of their black capes, to more effectively counter the evil that threatens Bermesiah Continent.

Dark Assassins use large Claws that cover their forearms up to their elbows. They are capable of instantly "teleporting" right next to their enemies, due to their fast speed. They also have a lot of agility. They are excellent at performing surprise attacks and can use their surroundings to their own advantage.

"If you really want to walk the road of atonement for your past actions, then the only thing you can do is protect the people of Bermesiah from the monsters that now threaten them." 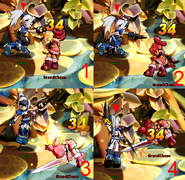 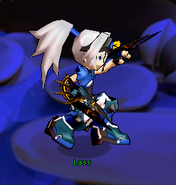 Retrieved from "https://grandchase.fandom.com/wiki/Dark_Assassin?oldid=57590"
Community content is available under CC-BY-SA unless otherwise noted.