Epilogue 2.5: The Last Avatar of God

Epilogue 2.5: The Last Avatar of God

Gaian who is an avatar of God was supposed to get rid of malignant spirits from the desert and stabilize Kricktria. After the Creator left to another world, avatars of God went into hibernation one by one. Their names were erased from people's memories, and even those people who remember their names couldn't recognize their faces.

Decanee who found out that their nature was destroyed, infected avatars of God with her Demonic Energy. Due to Decanee's Demonic Energy, there was unknown hatred and craziness in Corrupted Gaian's heart. Maybe the hatred is aimed at himself or is aimed toward the original Gaian who is buried deep inside Corrupted Gaian.

Holy beast of sand that respects avatars of God.

Holy beast of sand, Anubis, served as Gaian's limbs. Ancient people mistaken Anubis with Gaian who appeared with huge hands made up of sand and appeared as a Sandstorm.

Is that why? Anubis who identified himself as Gaian became corrupted like Gaian. It was the moment the desert's hope changed to despair.

'Corrupted' Gaian can be fought as a boss in the second half of Epilogue 2.5: The Last Avatar of God after defeating 'Sandstorm' Gaian.

During the battle against 'Sandstorm' Gaian, Ancient Golems are summoned and each will leave a wall when eliminated. When Gaian transforms into his dark form, the party can move behind one of the walls present in the room to dodge his attack because 'Corrupted Gaian' will move to the middle and use an explosion that chases an ally. To prevent him from destroying multiple walls at once with his explosion attack, spread out the placement of Ancient Golems when taking them down.

'Corrupted' Gaian utilizes some attacks he has as a playable character. However, the 'Touch of Corruption' debuff stack from his 'Corrupter Touch' skill has no limit and thus the player should be careful. Meanwhile, SP will increase by 1 each time you are attacked by his magic skill.

Once his HP reaches 30%, 'Corrupted' Gaian becomes enraged and will deal more damage as time goes by while also applying the 'Touch of Corruption' debuff stack. Then your party's cooldown is decreased by 30% but they gain SP over time.

Corrupted
(Old artwork)
Add a photo to this gallery

Corrupted
5★
Add a photo to this gallery 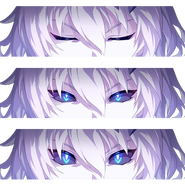 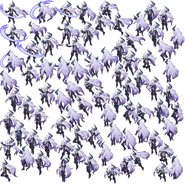 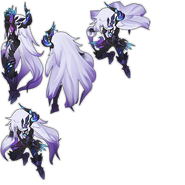 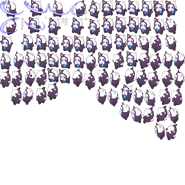 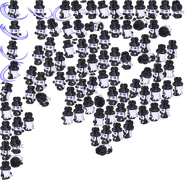 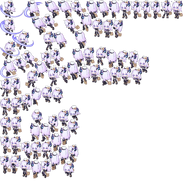 Retrieved from "https://grandchase.fandom.com/wiki/Dark_Gaian?oldid=82888"
Community content is available under CC-BY-SA unless otherwise noted.