Numerous Dimensional Portals appeared around the kingdom of Kounat, gateways leading to another dimension where belligerent demons lived. A faction of the demons desired to destroy Kounat and waged war against the kingdom. However, an opposing faction of demons denounced the wanton violence and waged war against those demons that would destroy Kounat. Dio was a member of this faction.

When the First Demon War ended, the demons returned to their dimension and the portals were sealed. One day, Dio realized there was a weakening of the magic sealing off one of the portals and decided to go and investigate. This decision set him on the road to one day meeting the knights of the Grand Chase.

Dio has a great sense of pride and takes matters from a selfish perspective in a serious manner. Such actions are hard to understand from a human point of view, but it is easier to comprehend if one thinks of him to have an opposite perspective from normal human moral standards.

Unlike every other playable character, the demons have a function called Action Point[2] (or Ability Power) that masks over skills and some regular attacks, basically replacing Mana Points. Utilizing the Skill Tree, these characters are capable of using up to five different abilities, whether it be lethal skills or simple techniques. Unlike MP, AP skills and techniques are activated through the press of a button, rather than charging up to use a skill.

On the bottom center of the screen, the five skills will light up. This means that they are ready for use. The command interface with AP uses

. However, this makes Pet Attack left Shift and Taunt to

Unlike others, AP characters do not gain newfound energy by hitting enemies but rather waiting out. However, since it is still technically Mana-based, it will absorb Mana fluids from potions, items, and armor properties.

Whenever Dio receives a counterattack, all the abilities get a 10-second cooldown at max. This can be reduced by a few seconds via Reduced Counterattack Cooldown Time, though not all AP characters possess this.

When AP characters advance further, they grow stronger and more lethal. However, they are unable to revert to previous jobs as all of them are technically combined. They can use later job abilities while keeping their previous ones as well.

Dio can be unlocked by purchasing a Mission scroll from the shop and completing its objectives.

"Oh, how do I start. He is the most popular figure of the Demon World. Though he cannot return to his home. But should he return, are you ready to welcome him back?" 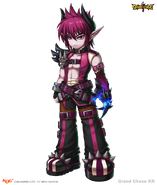 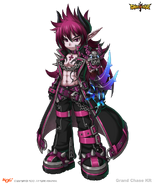 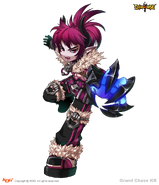 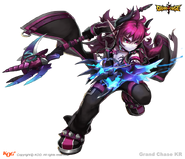 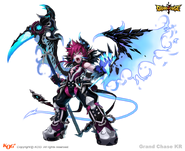 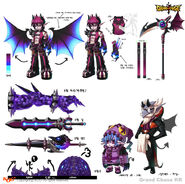 Dio in Burning Canyon Awakening set.
Add a photo to this gallery 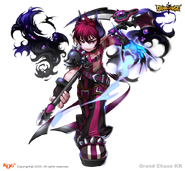 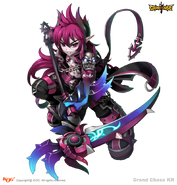 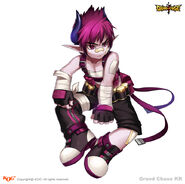 Retrieved from "https://grandchase.fandom.com/wiki/Dio?oldid=76794"
Community content is available under CC-BY-SA unless otherwise noted.