Originally, the demon race was created by the Creator to destroy worlds where the balance had been disrupted. However, within the demons existed a Hardliners faction that wanted to destroy not just the imbalanced worlds, but all material worlds. They aimed to annihilate Aernas, just as Kounat has begun to develop. The Burning Canyon family, which Dio belongs to, is part of the Moderate faction that opposed the demon war and stood with Kounat to fight the other demons. Once the war had ended with Kounat's victory, Dio tried to return to the Demon World, however, all of the Dimensional Portals had been blocked. He attempted to seal his powers and tried to enter the portal, but nearly 2,000 years had passed in the process.

Suddenly, a Dimensional Portal opened up in Archimedia, and to handle it, he was forced to unleash his powers and from then on he joined the Grand Chase.

It was an urban myth that circled Snow Flower Village. The evil spirit that wanders outside the village will enter the village at night looking for food. If it fails to find food, it will go around spreading nightmares to kids that are not sleeping. That was the myth surrounding the Winter Nightmare.

The children of Snow Flower Village always went to bed early in the morning to prevent the Winter Nightmare from visiting them. Not only children but also the adults didn't leave their houses once it was dark. Only does wandering the night are those who worked late and were carrying their tired body home.

Edel was walking among those people and quietly moved outside the village. She entered the Ice Forest and closed her eyes. Due to the Ice Fog, it didn't make much of a difference if she had her eyes open or close. If anything, it was better to close her eyes to fight the temptations. Edel remembered the steps and reached a cave.

The Winter Nightmare was real.

The Winter Nightmare had his eyes closed and had his body submerged underwater. He was covered in frost and he had a set of horns on his head that was made of ice. Each time he took his breath, more from ice formed.

The frost energy was concentrated in his heart and it was easy to tell that his hearing was frozen solid just by looking at him.

He was the Winter Nightmare, Dio.

"You're here again, I told you not to come."

"You don't look so good, does the Winter Nightmare also have nightmares?"

Does he have nightmares? He certainly does.

When he found out about Veigas' scheme, before he was able to expose the truth, Dio was murdered by Veigas' assassins. They dragged Dio outside the village and stabbed his heart before leaving him to die. If the Winter Fairy did not show up and helped Dio, he would have died.

He still thinks of the day, if he hadn't held the Winter Fairy's hand he wouldn't have had suffered through this endless battle... Why did he accept the power of Winter Essence?

Dio cleared his head and stared at Edel. She is weird, most people would turn their head when they look at him but not her. Dio happened to save Edel and after that, she constantly visits and nags him.

"Hey, did you just think that I was annoying?"

"You shouldn't treat me like this. Who else would tell you about everything that's going around the village."

"I can enter and collect the information myself."

"How would you do that if all the villagers run at the sight of your shadow? Veigas has already made you the villain..."

Winter Nightmare Dio is not an evil spirit, he's not a villain. The real villain is Veigas, he is not even human, he's a monster that consumes the soul of humans. Veigas was the true evil spirit that consumes humans.

Dio was the only one that saw through Veigas' true nature and also has enough power to stand up to him. The first thing Veigas did when he found out about Dio was to make him the public enemy. By treating him like an evil spirit, he imprinted that Dio was the villain to the villagers. It's something only Veigas could do as he has full control of the village within his grasp.

Only Edel who was saved by Dio knows the truth about him. To make it simple, Edel was the only ally that Dio has.

As the secretary of the mayor, Edel was able to deliver some useful information to Dio.

"Yes, and the new jobs are usually filled by people outside the village."

Move out employees due to work and when they are away from other villagers, file them as missing. Once he is done using them for their labor, he consumes their souls to finish the job. That was something Veigas has always done.

Dio stood up and leaned against the cave wall. There was a large wound that ran across his stomach. He will need more time to heal this wound, but time was something Dio did not have.

Dio froze the wound shut with ice but that didn't stop there the power of frost strengthened his clothes. That night, the nightmare entered the village.

Demons of the Burning Canyon family can summon a weapon that materializes their power. Death Star is a weapon that was created with Dio's power.

It takes shape of a spear, scythe, or even a sword, and it possesses the strength of Dio and his family. His specific weapon is so strong that everyone recognizes Dio by his weapon. 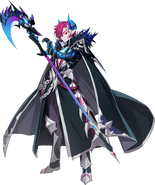 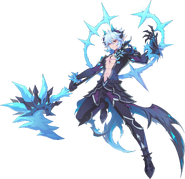 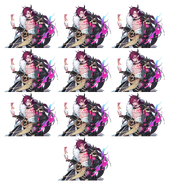 Winter Nightmare
(Premium avatar)
Add a photo to this gallery 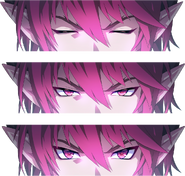 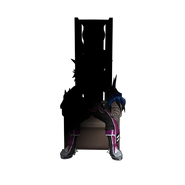 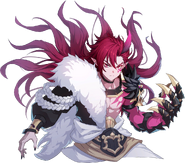 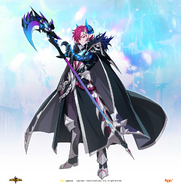 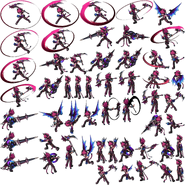 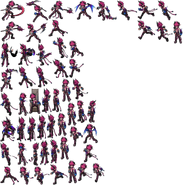 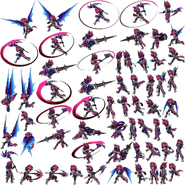 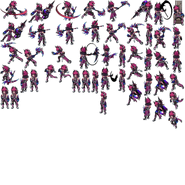 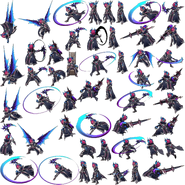 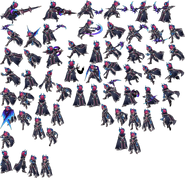 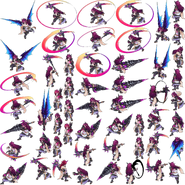 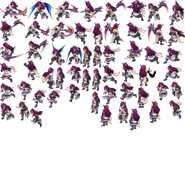 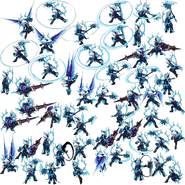 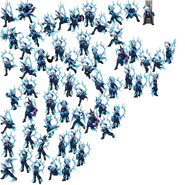 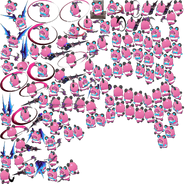 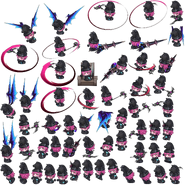 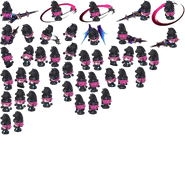 Retrieved from "https://grandchase.fandom.com/wiki/Dio/Grand_Chase_Dimensional_Chaser?oldid=80274"
Community content is available under CC-BY-SA unless otherwise noted.