Ashtaroth who used Duel to steal the Deity Orbs from the Grand Chase to recreate the Soul Stone now controls the imperfect but still powerful Soul Stone. As a result, all the Dimensional Portals that have been carefully sealed till now will eventually become unsealed. Dio's power which was also sealed is released as well.

The name "Dusk Bringer" symbolizes Dio's ultimate level of strength which has never been seen till now.

The Dusk Bringer retains the ability to possess abilities of Stygian, Drakar, and Leviathan all at once. However, to access his fourth job abilities, Dio must go either fully Weapon or Devil Force.

Breaking the seal of the Devil Force, Dio's demonic powers go far beyond than just mere chaos and destruction in his wake. His newly unsealed powers now grant him benefits from his abilities upon usage, literally strengthening Dio as he stays in combat. Those who can withstand powerful attacks may have a chance against Dio's strength.

Breaking the seal of the Weapon Force, Dio has mastered a weapon far greater than any of his weaponry: his own body. Mimicking the attack forms of his support weapons into a fighting style as well as giving his wings better usage, Dio embraces a lethal and aggressive combat style capable of violently rushing into combat at surging speeds as well as becoming more prominent in airborne combat. Those who are built with high stamina may have a chance against Dio's agility.

It is necessary to be Lv.60 to be able to participate in 4th Job Promotion. 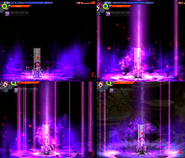 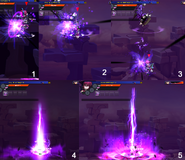 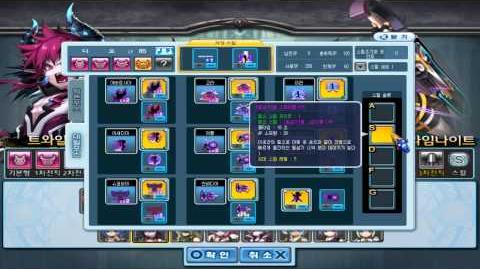 Retrieved from "https://grandchase.fandom.com/wiki/Dusk_Bringer?oldid=81970"
Community content is available under CC-BY-SA unless otherwise noted.