"The last Hope of House Frost."

The Frost family was one of few recognized families that were known for their sword in the magic kingdom of Serdin. However, as time passed, magic was considered more important and because of that the Frost family slowly lost their recognition and power.

That's when the twins Adel and Edel were born. The boy Adel was born with wisdom and intelligence and was expected to bring back the Frost family to their rightful place once again but when Adel became sick from an incurable disease, Edel took the place of Adel in the army.

Edel successfully protected Serdin from the monsters of Bermesiah and got back parts of their family's honor but the sudden pain in her right eye and unknown anxiety sends her back to her house. However, when she reaches home, the cursed members of the Frost family suddenly attack her and while resolving the situation, she finds out Adel was kidnapped to the Demon World.

Edel sets off on a journey to find her lost brother and the strange pain in her right eye and during her journey, receives help from the Violet Mage Guild and joins the Grand Chase.

[Expand]
The Fourth Story. A snowy winter night. "Winter Nightmare." "Winter Nightmare is here." The village people trembled in fear as the news about the Winter Nightmare spread. They wanted to go inside their house but the security members were controlling the flow of civilians. They couldn't do anything but hear the sound of a sword and scythe clashing. 『Slaaash』 Suddenly, a shadow appeared from the alley that jumped towards the fight. The figure looked like a person but their body was covered in white frost. The security guards quickly drew their weapon in shock. "A-Ah! Winter Nightmare!" "Was the Winter Nightmare always two?" "Two? Is that it or are there more?" "U-Uahhhh!" The shadowy figure that was defeating the security guards was Edel. When Edel was involved in an accident and was at the brink of death, Dio shared his Winter Essence with her and was able to become the second Winter Nightmare. Only parts of Dio's power were transferred but even that was enough to defeat the security guards without a problem. Zero witnessed Edel and was caught in rage. 『Roarrr!』 It was Zero's Grandark that was roaring with Zero's rage. "Why did you split the Winter Essence?" "I'm pretty sure that I don't need to ask you for permission..." Dio was lost for words that Zero acted like the Winter Essence was his. It wasn't Dio's intention to transfer the power of Winter Essence to Edel. It was an accident that some of its powers were transferred to Edel. Dio still does not know how to transfer or split the power of Winter Essence. "Run!" When Edel defeated most of the security guards, the civilians quickly ran to their house. Edel felt sad that she was playing the villain when she saved them from the security guards. "Wow, Winter Nightmare has a friend now?" 『Smack』 As Edel tried to leap to the roof to help Dio, she quickly dodged out of the way. Multiple ice shards fell where Edel used to stand and they slowly merged as one. If Edel did not move out of the way, she probably would have died. When people disappeared from the alley, Veigas showed himself. "You seem like an ally of Winter Nightmare, let's see who you are." As Veigas flicked his finger, multiple ice shards flew towards Edel. There were too many of them coming in different directions for Edel to dodge. "This is why I told you not to follow me..." 『SWIIIING』 Dio moved like lightning and stood in front of Edel before swinging his scythe to destroy all the ice shards. However, Zero wasn't going to let Dio get away so easily. "Dio!" 『SLAAASH』 "Gaah!" Zero's sword violently ripped through Dio's flesh and also opened Dio's unhealed wound. The new and the old wound created across. Dio collapsed in pain. "Kahahaha, congratulations chief, you finally got your Winter Essence." "......" Zero didn't reply to Veigas but didn't hide his feeling of joy of finally acquiring the Winter Essence. Grandark also resonated with Zero with joy. Dio reached out for Edel and she gently held his hand with both of hers. "R-Run..." "You are holding me again as you near death." "What?" Dio was puzzled by Edel's remark and felt like he had experienced this before. This felt like the time Dio held the Winter Fairy's hand when he was near death. "I see." Dio realized when he held the Winter Fairy's hand, she didn't just leave Dio with the Winter Essence. She always remained around him, acting as a guardian and when he was in danger showed herself as an ally. He didn't save her from Edel's death, she took back some of her powers that she had given him in the past. And now, the power of Winter Essence was returning to Edel once again. "What is happening?" Veigas and Zero both felt that something was wrong and quickly drew their weapons. Edel got on her feet and drew her sword as she muttered. "Hold on a little longer, Dio." Edel, no, the Master of Winter radiated with the bright glow of frost.

A family treasure passed down for generations in the Frost family.

The magic imbued on this rapier is so immense, not a single member of the Frost family had used its full potential.

When Adel was born, everyone in the family thought the true wielder of the rapier was born and when Adel could no longer hold a weapon, they were devastated that the sword lost someone who could wield it to its full potential. Maybe it is true since even Adel thinks that it is over...

But does the rapier think the same? No one will know... 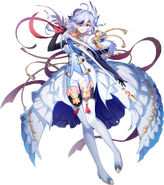 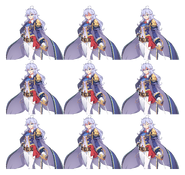 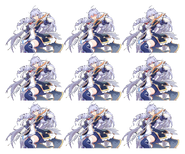 Dark Brownie
(Rare avatar)
Add a photo to this gallery 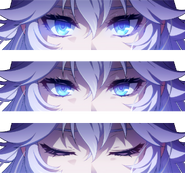 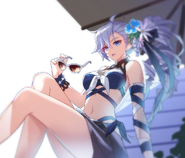 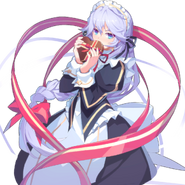 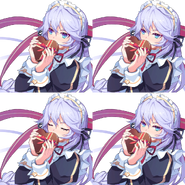 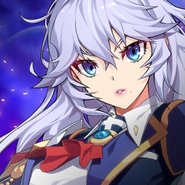 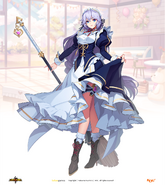 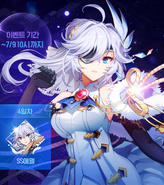 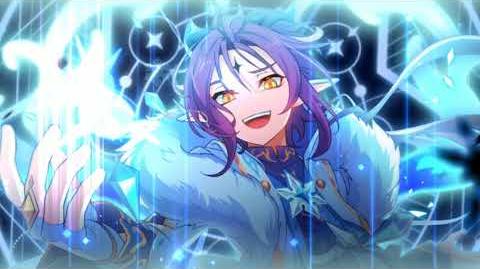 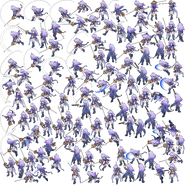 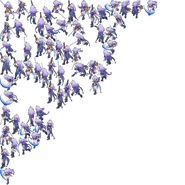 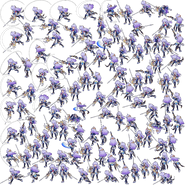 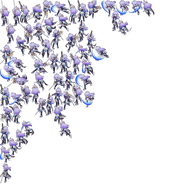 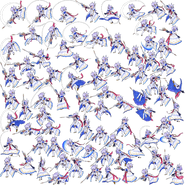 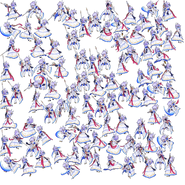 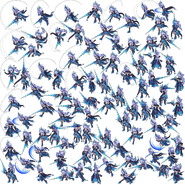 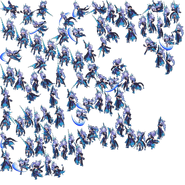 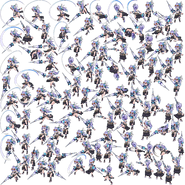 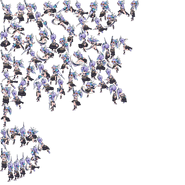 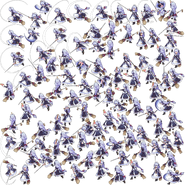 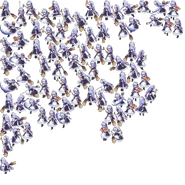 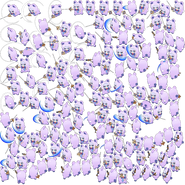 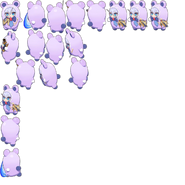 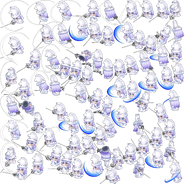 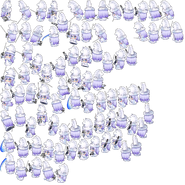 Retrieved from "https://grandchase.fandom.com/wiki/Edel/Grand_Chase_Dimensional_Chaser?oldid=81435"
Community content is available under CC-BY-SA unless otherwise noted.