Edna Vervidad[1] was an ally and love interest of Duel Pone Zec.

During the Ancient Demon Wars, Edna sacrificed her own life to save Duel from his demise. Later on, her soul would be implanted into Ley through a ritual conducted by the great Asmodian wizard, Oz Pone Max Reinhardt.

Edna neither appeared nor mentioned in the original game. However, information about herself and the Ancient Demon Wars was published in Naver blog.

Raid 4.1: The Labyrinth of the Purgatory 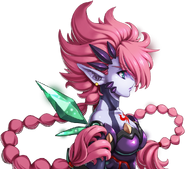 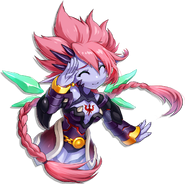 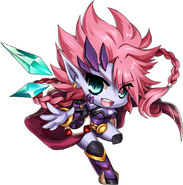 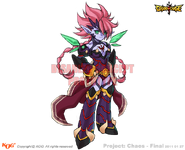 Retrieved from "https://grandchase.fandom.com/wiki/Edna?oldid=78026"
Community content is available under CC-BY-SA unless otherwise noted.