The first daughter of the Sieghart family, Elesis was born in a period of chaos and is the first female heiress of the family. She is a Kanavan Knight and daughter of a Kanavan Tracker who never returned after he was dispatched to find Kaze'aze. She is an exceptional swordsman who has been trained by her father since childhood. While she was on a journey to find her father, she heard the news about Kaze'aze in the Serdin Kingdom. Hiding her true identity, Elesis joins the Grand Chase in hopes of finding her father.

Being the first female successor of the Sieghart family, she strives to be strong and tends to act like a man. Despite not being the type to hold grudges, Sieghart's foolish antics have made things difficult on her search to find her missing father. At times when she is filled with worry or cannot think straight, she turns to train her sword to ease her mind.

When Elesis gets hit by an arrow or kunai, a small meter will be shown to the right of her. The gauge empties quickly in a short amount of time. When the gauge is filled to the top after being hit by enough arrows or kunai, the word BERSERK will be shown in the middle of the screen and those around her will be sent upward and back down, suffering a small bit of damage in the process.

Only Elesis, Sieghart after equipping Berserker, and Dio after equipping Weapon Passive 3 have this ability though only Elesis has the word BERSERK occurring. Arme can gain a different version of Berserk through Mental Recovery that only increases her mana regeneration.

Arrow Defense, by its obvious name, defends from arrows. Tap the Dash button (

) as an arrow is near. It is also possible to deflect arrows back to the user as well though at a small chance. When successfully blocked, it will show as DEFENCE and negate the damage of the arrow by 80%.

Arrow Defense only blocks standard-leveled arrows. If any enhanced arrow is approaching, it is impossible to defend or block it and must be dodged.

The same thing as Arrow Defense but protects against magical components instead. Many certain abilities such as reflectors, defensive swings, or defensive shields are known to block only several magical attacks, mostly Firebolt spells.

The ability to acquire Magic Defense is usually gained through the use of a Skill Tree. Only Elesis, Lire, Arme, Ryan, Ronan, and Sieghart can gain Magic Defense.

Elesis is also the only character that can block the Magician's Magic Circle in the same manner as Arrow Defense. 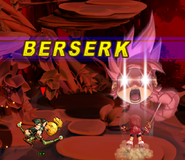 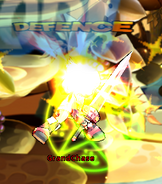 As one of the starter characters, Elesis does not need to be unlocked. 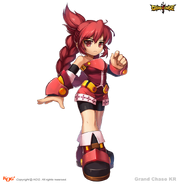 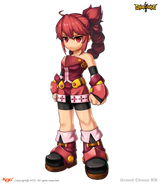 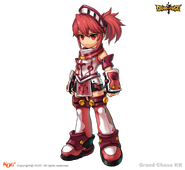 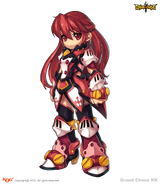 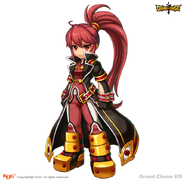 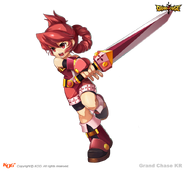 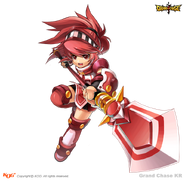 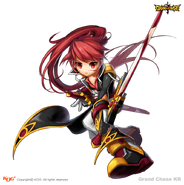 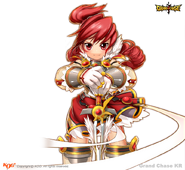 Promotional artwork of Savior in the Twelve Disciples update. 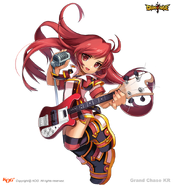 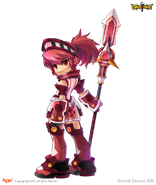 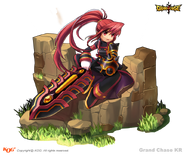 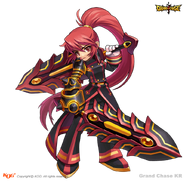 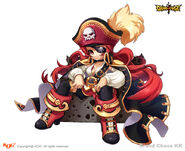 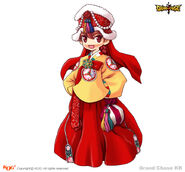