"A medical scientist who wants to create a Creator."

Everything had been burned to the ground. These things that were once called humans, these things that had shared laughs and whispers about love, were now reduced to ashes and scattered across the road.

Flatly, Fermat agreed with his fellow doctor. However, the truth was something completely different and it was not the time and place to be showing how he really felt.

Despite that, he was not able to take his eyes away from the bodies of the burned victims. If only his colleague had not been there, he would have reached down to search the bodies or at least taken in the smell.

Was the cause of death really due to the fire? Or were they attacked by someone with the demonic virus? Or maybe they were in a hopeless situation and decided to end their own life?

Is the demonic virus a contagious bacteria? If so, what are the effects of being burned like this? How about injecting a normal person with this? Fermat, unable to hold back his curiosity in gaining new knowledge and his excitement in wanting to test his theories, quietly whispered.

"I really want to experiment on them."

Although he was a doctor, he did not find treating people very interesting. He was only filled with the desire to experiment and create new things...

At the words of his colleague, Fermat stood up with much regret.

He said under his breath as he walked away.

Fermat can be fought as a boss in Act 12.9: Fermat Research Lab and uses his designated skills as a unit. He reappears in Raid 3.5: Chief Researcher Fermat. 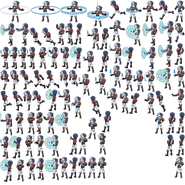 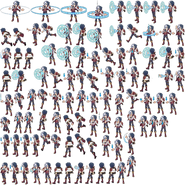 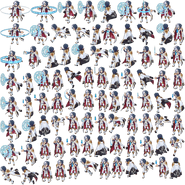 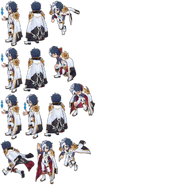 Retrieved from "https://grandchase.fandom.com/wiki/Fermat?oldid=81514"
Community content is available under CC-BY-SA unless otherwise noted.