Still, in pursuit of Ashtaroth, Mari and the Grand Chase enter the land of Archimedia when Mari suddenly loses consciousness among the Relics of Kounat. While unconscious, the Soul Stone makes contact with her and reveals all the secrets behind the destruction of the Kounat kingdom. The Soul Stone contains the ultimate essence of the divine and has hitherto remained buried within the ruins. Mari then absorbs the powers of the Soul Stone and is transformed into the Geas.

"Geas" once referred to someone who was exceptionally gifted into communicating with the divine in the ancient kingdom of Kounat, one who was a step closer to the deities than everyone else.

The Geas takes advantage of her enhanced speed and mobility and unlike her third job which fought primarily by installing machines and summoning magic, Mari takes advantage of combinations quick reactions and special skills operated by simple commands. Barrier and Canceler are added to her MP skills, allowing her to nullify enemy attacks. Long-range attacks are also possible while in Seize mode. Geas can summon magic orbs that prevent enemy MP from being restored while eliminating AP. Also, using the special technique Drain prohibits AP characters from using their specials and critical skills for a set period. 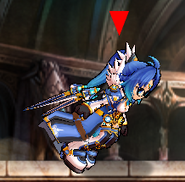 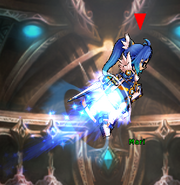 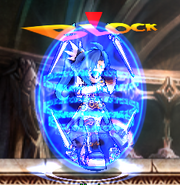 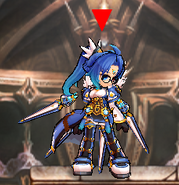 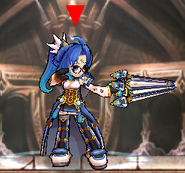 Attack with Mega Launcher
Add a photo to this gallery 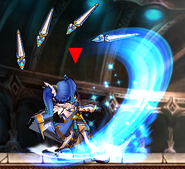 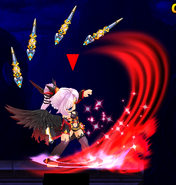 Core Break
(Black Witch)
Add a photo to this gallery 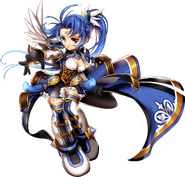 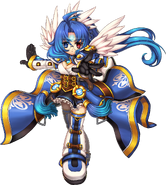 Retrieved from "https://grandchase.fandom.com/wiki/Geas?oldid=79023"
Community content is available under CC-BY-SA unless otherwise noted.