Goblins are a basic monster appears numerous times in the game, like in Trial Tower, and a stronger, yet similar form in Battle for Bermesiah but called Violent Goblin.There are 11 kinds or species of goblin.

There are many other goblins, such as the Stone Clan, or the Fire Hammer Goblins.

Goblins mainly attack by simply swinging their club at the player. 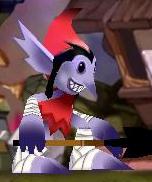 A Season 2 Goblin in the Park 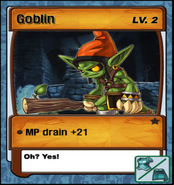 Retrieved from "https://grandchase.fandom.com/wiki/Goblin?oldid=34982"
Community content is available under CC-BY-SA unless otherwise noted.