Copy of the Klara Libri

The full name is Kassias Grandiel. He's an elf that's been living since the ancient Kounat era. He is a powerful illusionist that made the Wizard's Labyrinth to train and test Grand Chase members. Although he is a big help to the Grand Chase, people who remember him thought they would never see him ever again.

Hardships over the years made him give up everything. Having left Aernas as if he didn't want to hear any news, he settled in another world, Kricktria. He wanted to live the rest of his life as a teacher on the outskirts of Kricktria after forgetting the past. But fate didn't let him go. After meeting Arme who landed in Kricktria as a meteor, he could sense that the wheel of destiny was turning again. He prays at the start of a new adventure not to repeat the past...

Copy of the Klara Libri

A copy of the Klara Libri that was transcribed in the Kounat era.

The copy doesn't automatically record new history, unlike the original Klara Libri. But the information inside can predict the future using the past.

Grandiel tries to decipher the history that is recorded. He can feel his knowledge growing and thoughts expanding. There is no doubt that this is the basis of power. 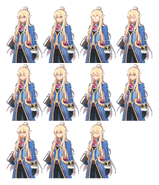 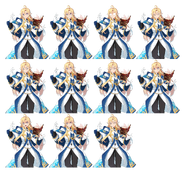 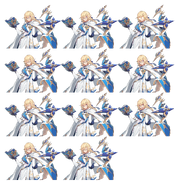 (Act 13.6: Grandiel's Residence NPC)
Add a photo to this gallery 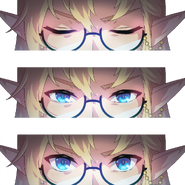 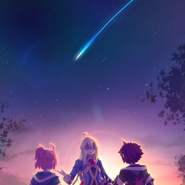 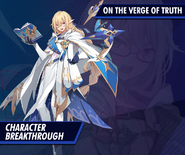 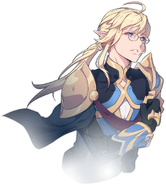 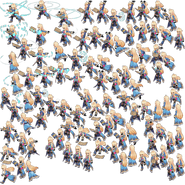 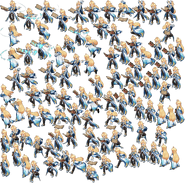 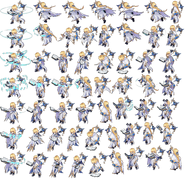 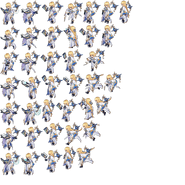 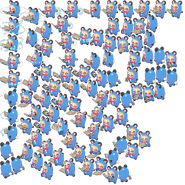 Retrieved from "https://grandchase.fandom.com/wiki/Grandiel/Grand_Chase_Dimensional_Chaser?oldid=78740"
Community content is available under CC-BY-SA unless otherwise noted.