In Silver Land Kingdom Year 1442, a child by the name of Jin was born. He was a troublemaker who enjoyed playing in the village square and turning the neighborhood children into his subordinates. As a child, Jin longed to become part of the group that protected Silver Land, called the Silver Knights. He put his heart into learning martial arts and after many years of training, he gained skills that surpassed other children who were similar in age. As a result, he was able to join after catching the eyes of Victor, the head of the Silver Knights. Though he did not have God-given talents, with his guts and special ability to put forth a maximum effort, he was able to grow immensely.

One night after finishing up his nightly training, Jin headed back to the Silver Knight's headquarters only to find it destroyed by monsters. As the only one remaining, Jin began to build a wall surrounding the headquarters in hopes that any members who had escaped would return. However, no one returned. The one who did appear was the leader of the monsters that had attacked the Silver Knights, Black Fairy Queen. It was during this difficult battle that Jin meets Grand Chase.

The leader of the student council tried to call Jin. But Jin who had his headphones on couldn't hear and just passed by. After the leader followed him and put his hand on Jin's shoulder, Jin took off his headphones and looked back.

The leader put his hands behind his back as Jin was trying to high five him. Instead, he took out his notes.

"Penalty points for not following the dress code."

"You're not wearing school uniform."

"But this is school PE clothes. This counts as a school uniform!"

"You know athletes have training in the morning. And my uniform is in the laundry."

"When are you going to stop saying that your clothes are in the laundry?"

The leader was determined. You could sense that he was going to do his job regardless of what Jin says.

"If you don't want penalty points, you can do volunteer work at school. Pick up trash in the backyard of the school."

Jin's face changed after he heard the backyard. He grabbed the leader by the collar. Since Jin was very strong, he lifted the leader like a paper doll.

"Tell me. Who told you to send me to the backyard?"

The leader was surprised by Jin's attitude. He couldn't find the usual funny Jin.

"Stop lying! Don't you know what that means? Should I take this to the president of the student council?"

"Do you think I'm doing this because I want to? It will be best for you to just go. Otherwise, they might go to the basketball club."

That can't happen. I got in so much trouble by our manager, Amy, for getting into a fight with them. I can't let them come to this sacred basketball club.

"Go deliver my words. I am not interested in fights anymore."

Jin put down the leader and headed to the gym.

The ghost ship that emerged from the ocean moved faster than The Crimson River.

The ghost ship tried to flank The Crimson River by getting close to the ship.

The ghost pirates screeched and boarded The Crimson River.

Jeeves rolled up his sleeves and started to punch numerous ghosts in rapid succession. It was almost like a rain of fists and the ghosts were knockdown into the sea.

Haunt was also doing its worth beside Jeeves, and Jin headed in the opposite direction.

"All right, leave this site to me!"

As Jin slowly breathed in, his body started to let out extreme heat. With a swift motion, Jin flung towards the ghosts.

Jin approached the two ghosts swiftly and crashed his shoulders into each of them. Jin moved so quickly that the ghosts were still staring at the initial location Jin dashed from.

As the ghosts were hit by Jin's shoulders, they were launched off the deck and took numerous other ghosts with them as well.

Jin continued to move around the deck and crashed in the ghosts with his shoulder.

Every dash Jin made caused a noticeable mark on the swarm of ghosts that boarded Ley's ship. Even though Jin was sweeping them like a bunch of flies, the ghosts refused to back down.

"Of course the Gold Reaper's lackeys would be money hungry spirits..."

The pirates of the ghost ship weren't pirates in their original life, they were all the Salvagers that Rufus took hostage upon their death. Of course, there was no way of telling from Jin's point of view.

"Yeah, just a bunch of spirits that are hungry for gold."

Jin exchanged words with his singing parrot, Amy. The ghosts screamed in excitement as they recognized the parrot.

"Don't you dare lay a finger on my Amy!"

"Crew Member No. 3, how long are you going to play with these clowns?"

"Of course, it's by importance."

"I'm a Navigator! I understand Jeeves but I'm lower than Haunt?"

"That's because our importance is set by age!"

"That's not fair, demons live for thousands of years!"

"So stop acting like a simple crew member and go back to your job."

"We have to get out of this somehow, Navigator, get us out of here!"

"But be careful, there are two ships on either side."

As the ship continued to rock, the ghost ship started to pull further away from The Crimson River.

"This is possibly the worst navigation technique I've seen."

Jin's horrible navigation technique somehow got them out of the ghost ship sandwich and their ship was finally free to move about. Rufus tried to stop them by firing his gun but...

Right before that, Ley fired her own at Rufus. Rufus could have fired back as he dodged but Ley had already expected Rufus to dodge and fired again at Rufus as he was dodging. Rufus was busy dodging and by the time he was done, Jin had already strengthened his body. It would be a waste of bullet to fire at Jin now.

"The next time we meet, your souls will be mine."

Ley and Jin yelled back at Rufus as their ships went further apart.

"Ahahah! Jin! That was horrible, yet an amazing navigation technique!"

Amy also agreed that it was horrible and sang.

"If you need wind or a wave, you can create it yourself! That's what a real Navigator should do!"

The Crimson River quickly sailed across the sea with Jin's proud remark. 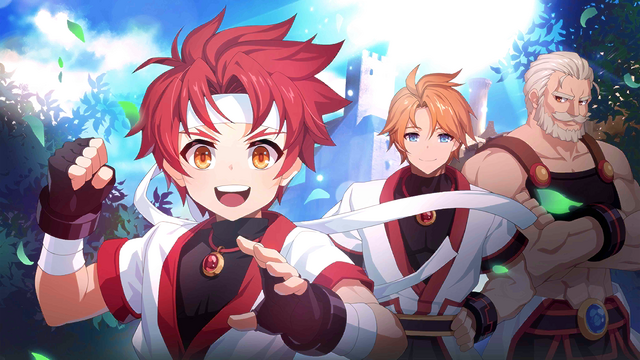 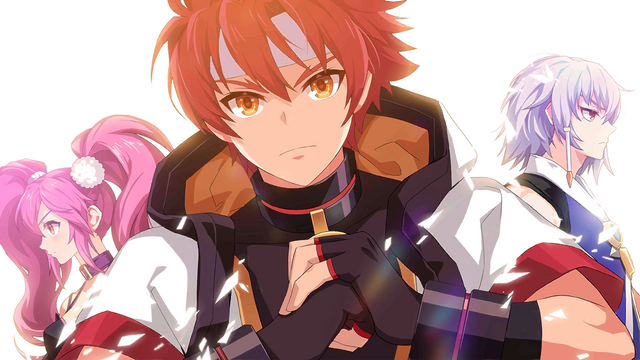 A weapon that strengthens the fists of the wielder.

Those who wield a sword or bow requires a great weapon for battle. However, those who walk the path of the fists must forge their body to make it stronger.

That is why those who use their fists only focus on their bodies and not their weapons. Jin also endlessly trained his body, but as he witnessed in the past, he must not lose his way by blindly trusting the strength of just his body. 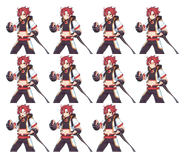 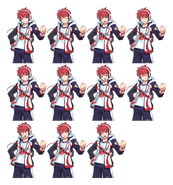 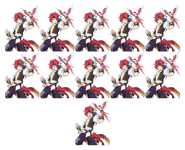 Navigator
(Premium avatar)
Add a photo to this gallery 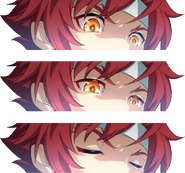 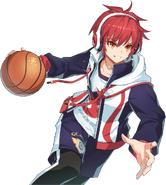 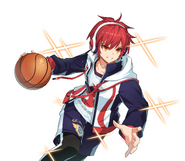 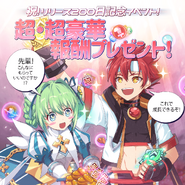 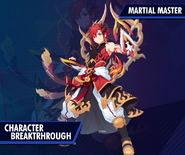 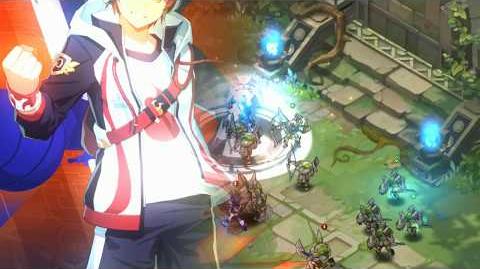 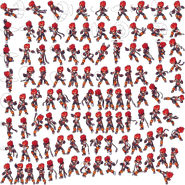 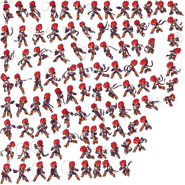 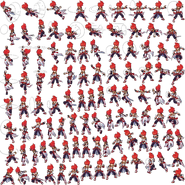 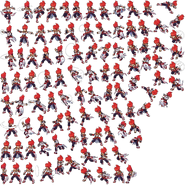 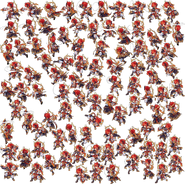 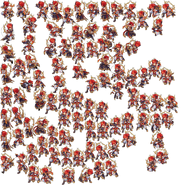 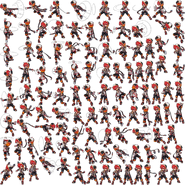 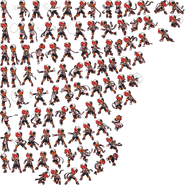 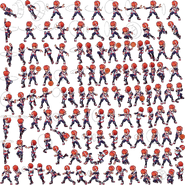 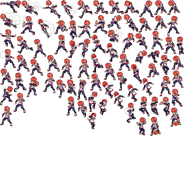 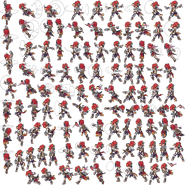 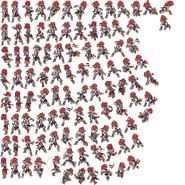 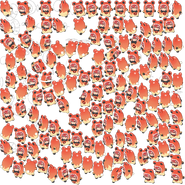 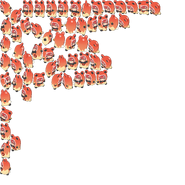 Retrieved from "https://grandchase.fandom.com/wiki/Jin/Grand_Chase_Dimensional_Chaser?oldid=79255"
Community content is available under CC-BY-SA unless otherwise noted.