"A child of beasts."

Baldinar spoke as he gazed into the eyes staring back at him through the window. From where she was, she shouldn't have been able to see Baldinar. However, it seemed that with her wild senses she was able to see beyond it.

Her body was emaciated and her unruly hair was tangled around her body. Her limbs trembled as if she was going to soon collapse, however her eyes that flared in two different colors, showed a strong fighting spirit.

"Using her as just an experiment seems like a waste."

It was not common to see a beast child in Kounat. On top of that, a mixed-blood of a beast and god was even rarer. With her strong immunity and tenacious vitality, she was able to endure most experiments. But...

"Don't you have a chain sword within your stash of magitech devices?"

The researchers who heard him speak were dumbfounded and they had every right to be. It was a weapon that many had challenged, but all had gone mad due to the demonic energy. If they gave it to a child who was sick and injured then...

Baldinar said, as he turned around and headed outside. Between the magitech device that eats away at the life of its user or the beast and her tenacious vitality, it would be interesting to see which one would win...

Kalissa can be fought as a boss in Act 11.9: Outskirts of Kounat and uses her designated skills as a unit. She reappears in Epilogue 3.2: The Execution. 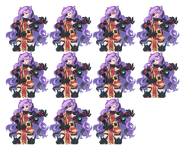 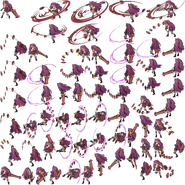 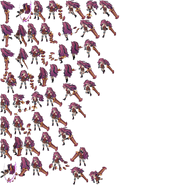 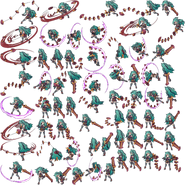 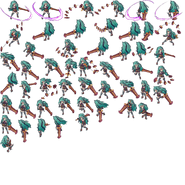 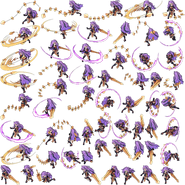 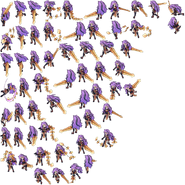 Retrieved from "https://grandchase.fandom.com/wiki/Kalissa?oldid=81513"
Community content is available under CC-BY-SA unless otherwise noted.