Kamiki is the second boss fought in the two-part boss battle at the Kamiki's Castle, the first being Elena.

Kamiki is a demon that was invoked by Kaze'aze from the slain Elder of the Violet Mage Guild, Elena.

After Elena was defeated, Kaze'aze Lass appeared and revived her as Kamiki, transforming into a "Spirit of Rage" to take the Grand Chase to Hell and burn them there.

The attacks Kamiki uses are mostly magic and is indicated by a large, rune-like glow on her as she prepares to unleash the skill:

Kamiki is also capable of summoning 4 Dark Anmon Scouts and she may also teleport at will but only when knocked down. As for melee attacks, Kamiki swings her weapons in a quick combo and she can send out air blades like Gaikoz.

Four of this version are fought in the Sanctum of Destruction, utterly more terrifying than before. The Wicked Kamiki has enhanced herself from the original and many of the elemental attacks have changed in this form: 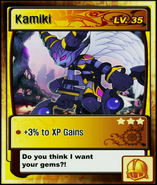 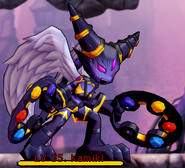 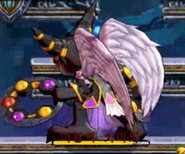 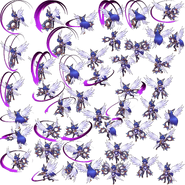 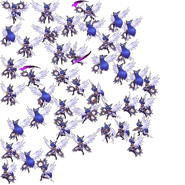 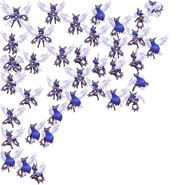