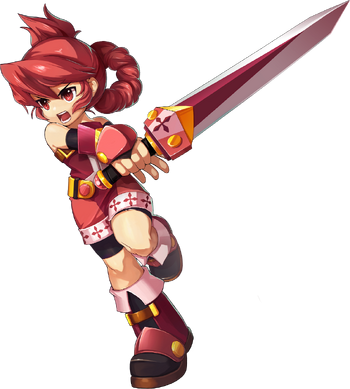 Elesis is feared by her enemies for her powerful attack skills that instantly wipe out entire groups of monsters. She leads her team at the front line of battle, advancing against enemies while defending her allies against enemy Archers and Mages. When she charges her enemies, they go down without having a chance to retaliate. Elesis has 80% more defense points against Archer’s arrows, and suffers the least amount of delay among the Grand Chase members when inflicted with powerful damage from enemies.

As a first class, Knight does not need to be unlocked; Elesis starts with this class. 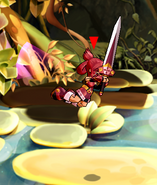 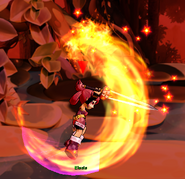 End of Heart
Add a photo to this gallery

Retrieved from "https://grandchase.fandom.com/wiki/Knight?oldid=79074"
Community content is available under CC-BY-SA unless otherwise noted.