Kounat was a mysterious and highly advanced kingdom in Archimedia that specialized in magic technology, but it eventually disappeared along the course of history.

In the original game, the destroyed Kounat is visited through the dungeons Relics of Kounat and Kounat's Collapse. In Grand Chase Dimensional Chaser, the version of Kounat prior to its destruction is the third region explored by the Grand Chase and consists of four dungeons.

At that time, primitive humans, and primitive dwarves and elves who just started the tribal society were living in Aernas. The three Godesses chose humans, the most valorious and creative of all, as the race whom they will perform creation of the industry together with.

Deities and humans worked together to create various life forms and develop the civilization in the center region of the Archimedia called Kounat. While doing so, some of the deities fell in love with humans, and children were born amongst them. These people showed more capabilities than the ordinary humans and started to show prominence among the humans. Called Celestials, they have eventually aggrandized in number and helped the deities lead the humans and made haste on the development of the magical civilization in Kounat.

The magical civilization of Kounat has expanded throughout the Aernas with the capital of Kounat as the center of its influence. Dwarves and elves who were living in southern and northern regions in group were influenced by the civilization of Kounat and accepted the superior culture through the communication with the Celestials. Through this, elves were able to use more powerful magics, and dwarves were able to make significant developments through advanced technology of mechanical science.

After the territory of the Celestials is settled with Kounat as its center, deities chose the most capable of the Celestials and designated him the king; thus the Kingdom of Kounat was built. And it soon forged alliance with the elven and dwarven kingdoms, which were developed enough as nations, and declared the first year of the Divine Calender.

However, this peace was not to last.

Many years later, the demons of Elyos invaded Kounat, initiating the First Demon Wars (before the birth of Mari Ming Ornette). In Elyos, unsatisfied by the destruction set by the Creator, the extremists who supported the indiscriminate demolition began to gain power.

The conflict led to the birth of two factions within Elyos, the extremists and the moderates. The leader of the extremists was a high ranking demon, Heitaros Cratsus, who led his demon army through the Dimensional Portal and destroyed countless stars, and now set Aernas as his next target.

Because of Heitaros, a dimensional portal had opened on the certain region in eastern territory of Kounat in Archimedia, and countless demons started to infiltrate through this. Their first order was to destroy the powerful magic civilization of the deities, and charged into the kingdom of Kounat. After hearing the news about the extremist invasion, the Burning Canyon clan sent Dio to Aernas as a missionary.

After being informed of the invasion, the three Goddesses and the King of Kounat led Kounat's regular army to the Artione Field, which is the gateway to the Kounat and engaged in battle against the demon army. During this fierce war, many casualties were brought about.

The Kounatians were at a disadvantage in battle, because their magic rituals were difficult to use in combat, until the kingdom’s most capable Rune Caster created a magical artifact that allowed the efficient conversion of magical force into infinite ammunition.

In addition to operating teams' Gunslingers, the Kounat army initiated the Aernas Hammer, the final ordinance of the Kounat, which allows the power of the Gods to be used through the divine power repertory device reconstructed into a weapon, albeit unstable.

Heitaros was critically injured, and fled back to Elyos through the dimensional portal. The first wave of the demon army was nearly decimated, and after losing their leader, the soldiers scattered to the whole regions of the continent.

However, after losing almost all of their power due to the war against Heitaros, the three Goddesses sealed the dimensional portal and returned to their world as well.

Some hundred years after the First Demon Wars, the royal member of Kounat, Hadunak Myu Ornette was gifted a daughter, Mari Ming Ornette.

Approximately 600 years prior to the games events, Baldinar, the prime minister of Kounat, took possession of the Klara Libri, the legendary tome that held every secret of their world. He learned about the secrets of the creation of Aernas, including the Creator and how he gave life to the deities and demons. Baldinar started to lose his sense of reason as time passed by, and set his goal as becoming the Creator himself possessing both celestial and demonic power, while immediately putting the scheme into action.

However, because Baldinar lacked the Geas imposed on the Kounat Royal Family, the Hammer refused to accept him as the possessor of its divine power. The weapon, already unstable to begin with, released all its uncontrollable power over a gigantic explosion which spread, consuming all the kingdom of Kounat as a sacrifice.

Mari was secured in the escape pod according to the royal family evacuation strategy, but because the explosion's progress was mostly proceeding, the pod failed to receive requisite power and failed to launch.

Though Kounat royal family was annihilated, Mari was successfully saved thanks to Void who was observing her for his own purposes. However, after receiving impact, the pod malfunctioned and entered hibernation mode to protect its passenger.

Both elven and dwarven kingdoms have lost their kings due to Baldinar's strategy, and deemed each other as enemies by placing blames on each other. This led to an endless war between the two factions.

The Kounat Royal Family ruled over the Kingdom of Kounat up until the events of the Great Explosion. King Arsad was the king of Kounat. Hadunak Myu Ornette, Mari's father, was the younger brother of Kounat's king. Not much is known about him, except that he perished in the explosion that destroyed Kounat. Mari is the heir of the Kounat Royal Family and the only surviving member in the present timeline.

Jean-Sanque Gulio was the most esteemed Rune Caster of Kounat, and invented a powered gun designed to fire magical rounds while conserving the operator's own energy. The elite legion trained to use this weapon was called the Gunslingers. The weapon proved to be a success. The First Demon Wars ended with the surrender of the Demons.

Baldinar was the prime minister of Kounat. After the death of his beloved, he was taken by ambition, discovering the Klara Libri to make himself a god. However, he was unable to control the Soul Stone. Baldinar was the one responsible for the eradication of Kounat's civilization when he lost control of both the stone and the immensely powerful weapon, the Aernas' Hammer.

Mage Scarde Vi Serdin was an arch mage of Kounat who survived the explosion and eventually founded the kingdom of Serdin on the Bermesiah continent.

General Esnar Din Kanavan was a general of Kounat who survived the great explosion and led its citizens into Bermesiah and founded the kingdom of Kanavan.

Sieghart is a powerful Gladiator of Kanavan. 600 years ago, he disappeared in this kingdom, nearly killed by one of the demons; he was presumed dead all over Bermesiah. As he was dying, the Highlanders revitalized him and made him one of their own. However, during the war, Baldinar killed all the Highlanders, except for Sieghart. In the present day, he joined the Grand Chase for reasons unknown.

Dio, Chief of the Burning Canyon Family is a demon who fought alongside Kounat. In the future, he discovered that the portals of other demonic dimensions were becoming unsealed. He went into the world of Grand Chase to investigate.

Ley Von Crimson River is another demon who fought alongside Kounat. In the future, Peter Von Crimson River, Ley's father, sensed something was amiss with the Burning Canyon Family and sent his own daughter to find Dio, the chief of the said family, to secure and confirm their allegiance. 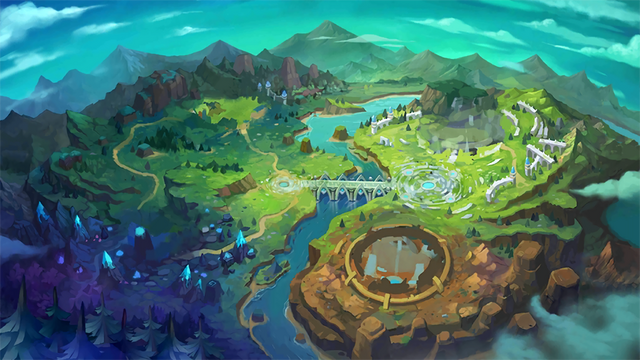 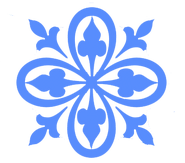 Emblem of the Kounat Royal Family

Loading screen introduction of Kounat.
Add a photo to this gallery

Retrieved from "https://grandchase.fandom.com/wiki/Kounat?oldid=75164"
Community content is available under CC-BY-SA unless otherwise noted.