Kricktria is a world that appears in Grand Chase Dimensional Chaser. It exists in a different dimension from Aernas and Mouspia.

It is the first region explored by the Grand Chase and consists of seven dungeons.

Beroiah is a harbor city that is the mecca of commerce. Many merchant groups dwell in this city, including the Norwood Company and the Big Fort Company. Beroiah's seas have a tendency to become foggy. It is known to suffer from raids from the Claw Pirate Crew, and the city possesses its own navy to guard their waters. 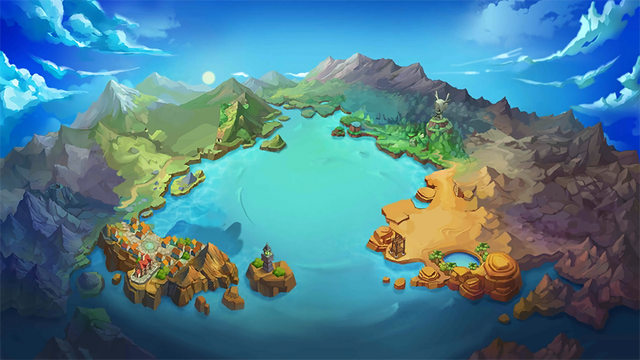 Loading screen introduction of Kricktria.
Add a photo to this gallery

Retrieved from "https://grandchase.fandom.com/wiki/Kricktria?oldid=79837"
Community content is available under CC-BY-SA unless otherwise noted.