Liod Veda is a Druid that lives in the Elven Forest. Due to his appearance similar to that of a beast, many elves and creatures stay away from him.[1]

Liod is known to be the strongest Druid in the Elven Forest. In the past, a young Ryan approached and greeted him. Liod taught the child how to fight like a Druid elf.

Liod neither appeared nor mentioned in the original game. However, information about himself was published in the Naver blog. 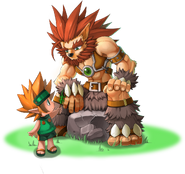 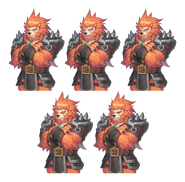 Liod in Grand Chase Dimensional Chaser.
Add a photo to this gallery

Retrieved from "https://grandchase.fandom.com/wiki/Liod?oldid=77965"
Community content is available under CC-BY-SA unless otherwise noted.