This article lists other Grand Chase characters and groups seen or mentioned throughout the game or the story that could not be expanded, and cannot be redirected in any other pages of the Wiki to separate information irrelevant to the characters that are being read about.

These are the characters unheard of and have not officially debuted in any of the main games or have no other information about them.

A gnome named Siglus that only appeared in the manhwa despite having an official Grand Chase artwork published, likely due to his story conflicting with Ronan's background in the game.

An NPC named Sarah that appeared in Grand Chase: The Cellular Game.

An NPC named Elpis that appeared in Grand Chase: The Cellular Game.

A Bounty Hunter named Sanders in the game files who supposed to appear in Grand Chase Dimensional Chaser as an NPC for World 6. 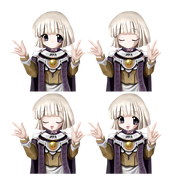 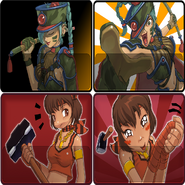 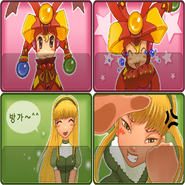