"God's avatar and controller of the seas."

The god who created Kricktria had returned to find the world enveloped by ancient malignant spirits. He expunged the spirits from the world and then created avatars of himself to help stabilize the dimension.

And bit by bit, the existence of the avatars disappeared from the people's memories.

As one of the god's avatars, Poseidon was created to repel the malignant spirits in the deep sea. Her vitality is as great as her ability to endure the cold of the deep seas and has a strong defensive power.

The merpeople called Poseidon the god of the sea in reverence of her abilities to repel the malignant spirits and in her slumber, they built a temple and continued to serve her.

A Dark Poseidon can be fought as the first boss in Raid 1.7: Fire and Ice and utilizes a new set of skills.

Warrior of the Sea icon.

Spear of the Deep Sea icon.
Add a photo to this gallery 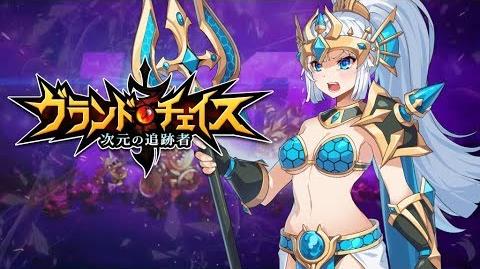 Retrieved from "https://grandchase.fandom.com/wiki/Poseidon?oldid=81482"
Community content is available under CC-BY-SA unless otherwise noted.