"A story of Grand Chase's past" 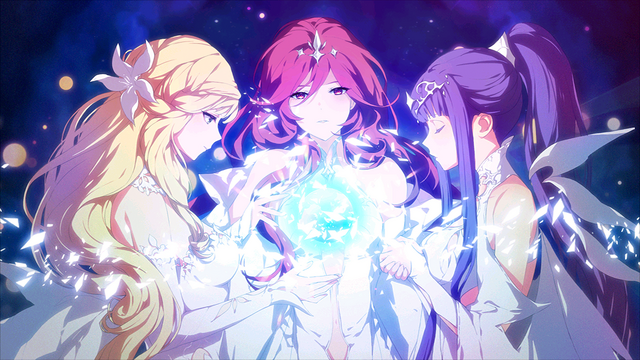 3300 Years Prior. Three goddesses descended to the center of the continent of Archimedia, where they founded the Kingdom of Kounat, whose brilliant magical civilization blossomed for thousands of years. That was the start of the 1st Holy year. 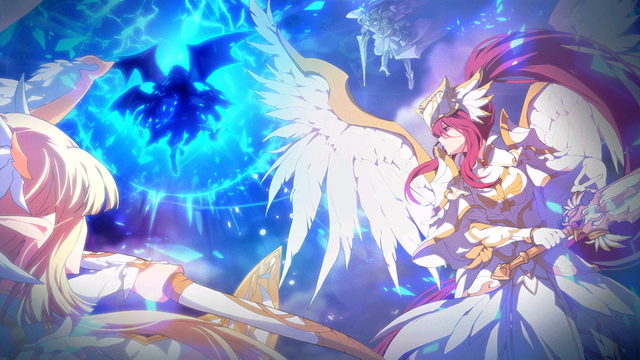 Holy Year 1300. The demon Heitaros of the extremist faction invaded Aernas and the three goddesses fought to stop him. During the war, Heitaros lost most of his powers and his position in the demon world. The goddesses were also weakened and could no longer stay in the world. 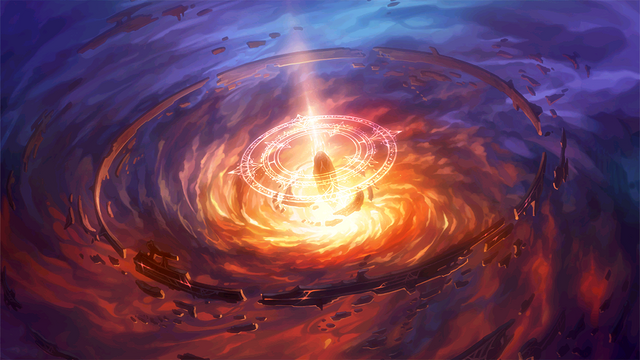 Holy Year 1800. Kounat Kingdom's chief minister Baldinar failed to absorb the holy power from the aernasis hammer which caused a major explosion. And with that, the glorious civilization of Kounat, disappeared into history.

Hundreds of Years Later. As a wandering evil, Baldinar took the soul of Xenia's shrine guardian Ashtaroth, and took over his body. 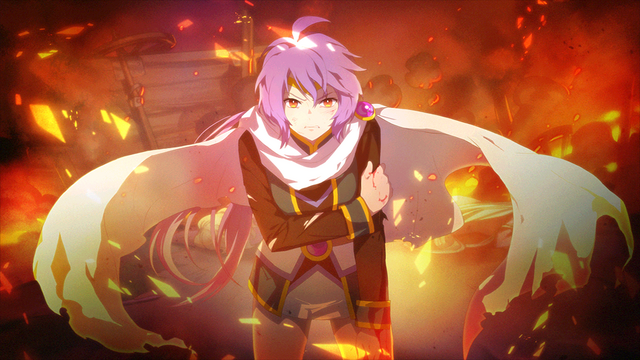 Kingdom Year 1447. After finishing her studies abroad, the princess and her company were on their way back to Kanavan Kingdom, when they were attacked by Ashtaroth. Ashtaroth casted a demonization spell on the princess's friend and royal guard, Karina. As Karina turned into a demon, she was declared the main culprit behind the incident. Due to the difficulty in finding anyone that would believe her, Karina's despair turned into hatred of the human race, She swore allegiance to Ashtaroth and called herself Kaze'aze. 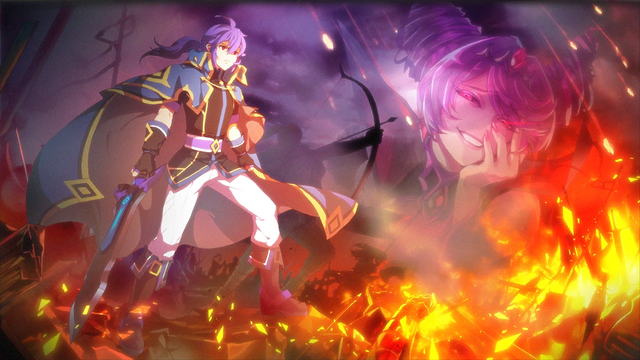 Kingdom Year 1455. Under Kaze'aze's control, the kingdom of Kanavan declared war against the kingdom of Serdin. For 5 years the war went on and the entire continent of Bermesiah was awashed in blood. 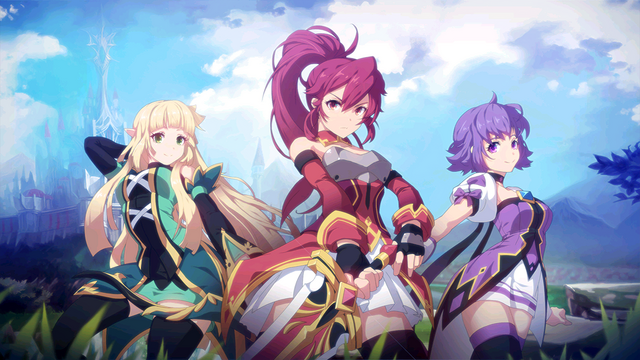 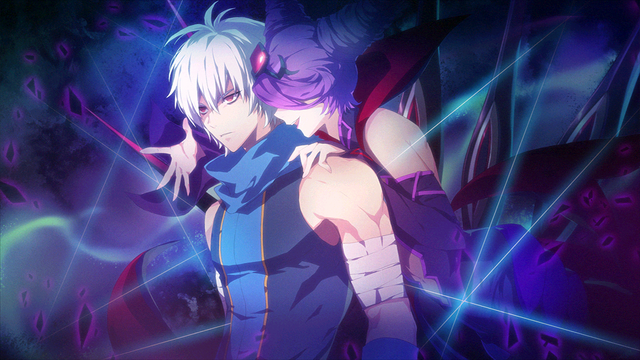 Grand Chase defeated Kaze'aze on Ellia peninsula, and Lass, who was controlled by Kaze'aze, regained his mind and joined the Grand Chase. 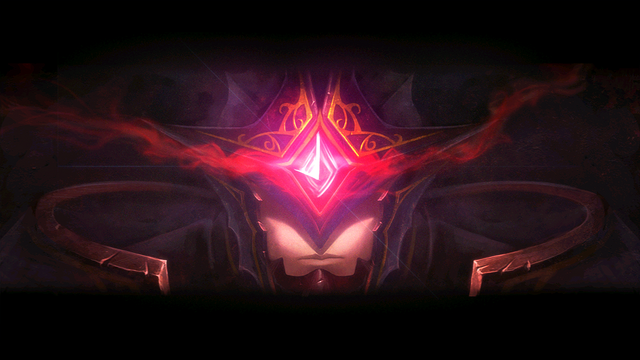 The End of Ashtaroth

At the end of a bloody battle with the Grand Chase, Ashtaroth attempted to reactivate the aernasis hammer, however in order to stop him, Grandiel sealed Ashtaroth and himself in a labyrinth that he created. 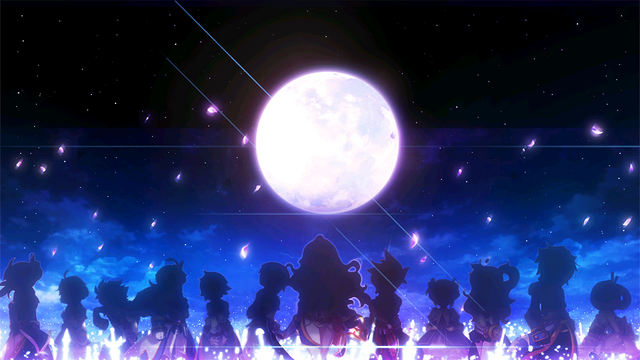 Prophecy of the 12 Disciples

There was a prophecy that peace would return to Aernas with the sacrifice of 12 people. The Grand Chase team that had gathered due to the prophecy, fought against Veigas the envoy of destruction who had come to destroy Aernas. However, it was during this battle that Veigas realized that the prophecy had been falsely created. 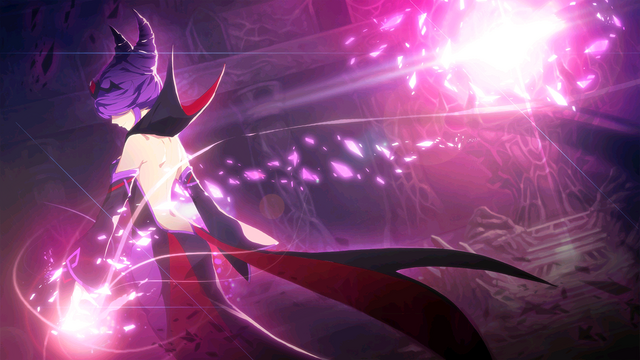 Hanout: You guys are good at dodging.

Sieghart: Damn it... I don't have time to fight you!

Sieghart: Is everyone... okay?

Ronan: Be careful! They are tough.

Rasel: It seems the useless Hanout cannot be trusted to properly handle the job.

Rasel: Well, I shall deal with them all at once.

Hanout: Fools... Did you think you could easily escape?

Lass: There will be no end if we continue to go about like this.

Lass: The sword's blade is dull...

Ronan: It seems as though it is difficult to properly use your strength in the dimensional gap. ???: Good... I made it on time.

Ronan: You were safe.

Elesis: It's a trap! We need to run away.

Belile: This place will be your graves.

Belile: Do not think of going anywhere else.

Lass: Who are you?

Belile: You will have plenty of time to figure it out while in the Underworld.

"Be engulfed into the strom and die!" 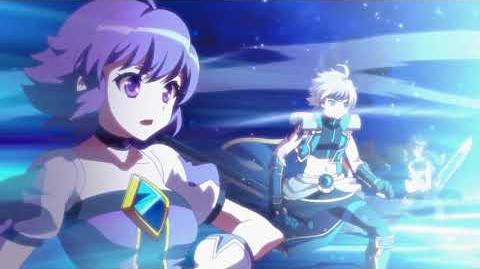 Retrieved from "https://grandchase.fandom.com/wiki/Prologue:_Dimensional_Fissure?oldid=72333"
Community content is available under CC-BY-SA unless otherwise noted.