There once existed in Silver Land an elite group of warriors who managed to transcend the limitations of most warriors through long and hard training. Warriors able to achieve this heightened state of consciousness were called "Rama". Warriors like the traitor, Victor. Together with the Grand Chase, Jin defeated Victor, who had once been Jin's master, at his castle.

Victor had long ago betrayed the Silver Knights to become the Supreme Leader of the Black Knights. Once Victor was weakened he retreated within his castle and as they pursued him, the Grand Chase could feel strange energy emanating from within the castle. Finding the source of this energy, the Grand Chase discovered that it was coming from a set of powerful weapons called Vajra, weapons used by the Rama.

It was said that Victor had been training to become a Rama, but having been seduced by the evil he could inflict as a Rama, he failed to achieve enlightenment and in his failure hid the Vajra away. Realizing his weakness against Victor, Jin took up the Vajra, and summoning all the strength in his heart, fought valiantly and with renewed vigor against Victor, achieved enlightenment and saved his friends.

Like the Fighter, the Vajra wielding Rama is also adept at close quarter combat. Luckily, this shortcoming is more than compensated by the Rama's more intense Burning mode and evasive moves as well as his strengthened Chi. Charging his Chi while performing one of Rama's specials will produce even greater results. Rama can also change his stance, a skill unique to this job, allowing for continuous combos and a wide display of excellent offensive and defensive techniques.

"You must face three Trials if you are pursuing true strength. Overcome them all to attain a new level of consciousness. For now, you must overcome the First Trial. Indeed, do you have what it takes?"

"You've overcome the First Trial. You are indeed strong. However, your strength merely signals a strong mortal body. True strength lies in the hearts that does not waver."

"True Awakening cannot happen until the mind and body become one. Now, this is the Final Trial. Overcome this final test and a whole new world will open up before you!" 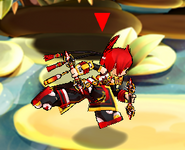 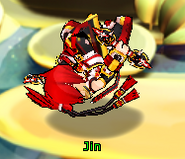 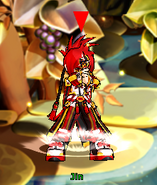 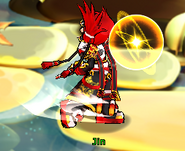 Storm Fist
Add a photo to this gallery

Rama has a special Stance Change, allowing him to use numerous attacks while this mode is active. By effectively utilizing the Stance Change, the Rama can further enhance his damage potential or increase his survivability rate in battle.

TIP: Rama can activate his Stance Change during a dash attack, the 3rd or 4th hit of the basic combo, or during a roll.

NOTE: When Stance Change is initiated, the Rama will just stand still motionless. 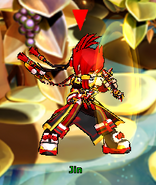 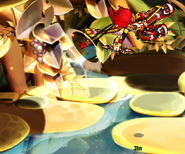 Shadow Dodge
Add a photo to this gallery 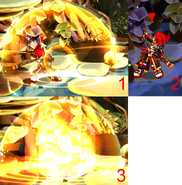 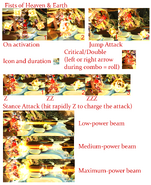 Fists of Heaven & Earth
Add a photo to this gallery 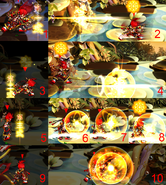 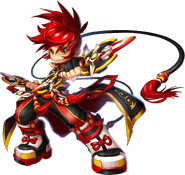 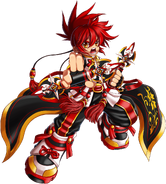 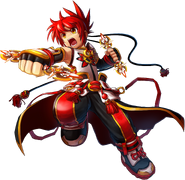 Retrieved from "https://grandchase.fandom.com/wiki/Rama?oldid=80526"
Community content is available under CC-BY-SA unless otherwise noted.