Deceased
Randy was a Bounty Hunter who used to watch over Veigas in the Purgatory by the request of Pino and after that time took up Decanee as his next client.

There is nothing else known about Randy other than that he worked as a mercenary, similar to Rufus. He was not on good terms with the younger Bounty Hunter, as Rufus claimed that he would not have accepted the job offered if he knew that it was Randy who was behind it. He was also revealed to be associated with Tristan back in the Underworld.

Randy was first introduced to Sieghart, Dio, and Veigas in the Purgatory, where he was found trapped and isolated in a prison cell. He coerced the party to free him, to which Dio agreed. The Bounty Hunter presented them with the reinforcement spells used to empower the prison guards as a gift of gratitude.

Randy continued to accompany the group, leading them upwards to stop the bombardment. His act was uncovered, however, when he brought them to Pino instead. The Bounty Hunter was revealed to be under Pino's hire and with his contract completed, Randy left to extract payment from his employees before heading on to fulfill the request of a new client.

Randy was next seen in an unknown location, discussing with Rufus about the job that he had accepted. He taunted the Bounty Hunter with the legacy of his father and Rufus eventually conceded to completing the job, albeit unwillingly.

Hearing the commotion outside, Randy thought Rufus got caught and was disappointed that the Bounty Hunter came late with only one of the two things he requested. He was asked by Kyle of what he wanted from him and Cindy, answering that he should find out soon enough even if the boy would not want to know about it. As Rufus caught on that Kyle was special, Randy wondered why he did not treat the boy preciously. However, the Bounty Hunter recognized a familiar presence nearby, realizing that the collector was not his true client. Randy demanded him to lower his gun as well as reconsider the cancelation of their contract but Rufus ran away dragging Kyle with him.

Randy showed himself to the Grand Chase and questioned Rufus as to why he terminated the contract, looking for that Bounty Hunter who once made wise judgments. Then he proceeded to ridicule Veigas for his power that was permanently sealed, provoking the Demon King to engage in a battle.

Further in the fighting, Randy manifested a demonic appearance and went on a rampage ultimately resulting in his defeat as the collector could not handle the power he received. Just moments after the Grand Chase left, Decanee appeared to collect his remains.

Randy can be fought as a boss in Epilogue 5.7: Contract Terminated.

Randy will create clones of himself in the vicinity with them receiving hardly any magic damage. His clones do not move from the spot they were created and attacks received from them will stack up the attack damage the party takes. Then Randy becomes stronger per the number of clones he absorbs after a designated time.

In the final phase, Monster Randy is fought where he uses charge attacks and can only be stopped for a few seconds whenever he runs over the clones he had made. 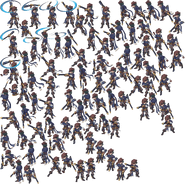 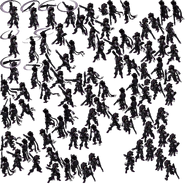 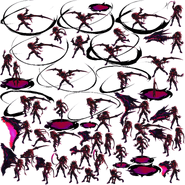 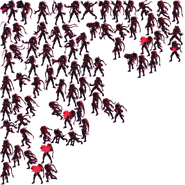