Rita is an NPC in charge of the Coordishop.

One day, Bestair decided to pick up swordsmanship to get stronger to protect her. He practiced every day and eventually grew strong enough that he could defeat the neighborhood bullies, yet he wanted to get even stronger to join the Ruby Knights and protect her forever. Though he did not manage to get into the Ruby Knights, Bestair managed to get enlisted as a knight protecting the kingdom.

Rita neither appeared nor was mentioned in the story of the game.

Rita played the role of an Aide-De-Camp throughout the entirety of the game. 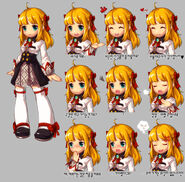 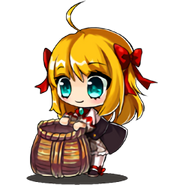 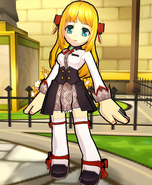