After being abandoned and driven by his resentment towards his estranged father, Rufus Wilde set out to surpass his father's abilities and become one of the world's greatest Bounty Hunters. He spent many years as a lone wolf honing his skills and perfecting his deadly trade and after the end of a lengthy pursuit in Aernas, Rufus prepared to return to the Underworld until he suddenly discovered an enigmatic blue flame and decided to investigate.

Rufus' childhood scars have made him a very bitter and calculative character in all instances. He prefers to work alone and does not trust anyone, choosing to respond to anything with cynicism. His preference for solitude has reinforced his reputation as a selfish person.

Rufus can be unlocked by purchasing a Mission scroll from the shop and completing its objectives. 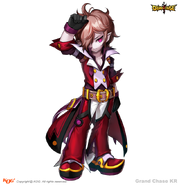 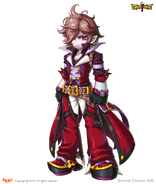 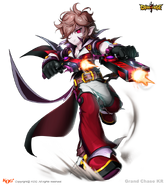 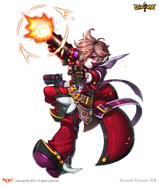 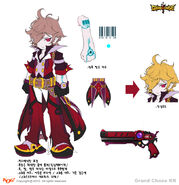 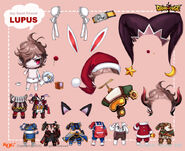 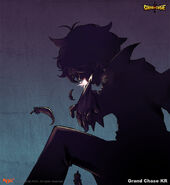 Promotional artwork of Rufus in the Nightmare Circus update. 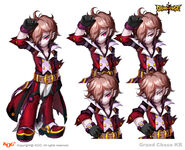 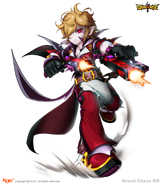 Promotional artwork of Amy and Rufus in Checkmate Gacha set.