"The protector of the forest."

Ryan is a kind and cheerful forest elf who loves helping others. He'll do anything he can for Nature lovers, and will play obnoxious pranks on those that threaten Nature. Ever since he witnessed Kaze'aze destroy the Partusay's Sea, Ryan has been driven by his rage against Kaze'aze.

Growing up in the Elven Forest and reverence of the mother tree, Ryan has tried to protect Nature since childhood and has developed a strong and sympathetic heart. While growing up, Ryan decided to become a Druid after observing humans and monsters destroying the Elven Forest and worked very hard in his training.

The Kingdom War killed the elves who took care of the forest one by one, but Ryan remained steadfast to the end, fighting monsters until he met the Grand Chase. Ryan has friendships with the raccoons of the forest and takes care of his sister, who has a weak body, striving to do as much as he can for her.

Ryan has a very strong connection with his loved ones and is willing to sacrifice for them anytime. Despite being a hothead, he has a strong, loving personality. He is a Taurus, someone proud of his relationships and boasting a gentle and sincere personality.

Living under Mother Nature's hands, Ryan is gifted with the ability to transform. He was given this ability so he may punish all of Nature's rivals.

As a Druid, Sentinel, Viken, and the Vanquisher, he can change into the Wolf. This beast uses dangerous bite and slashes attacks to defeat his enemy. He is given an attack buff but costs him his Defense and Vitality. In addition, he can spread the 2nd buff to nearby allies which lasts for 3 seconds as an infinite stream around the Wolf. Currently, the Wolf is the only one of Ryan's transformations that can be grabbed. However, if the Wolf transformation wears off while being grabbed, Ryan will be freed from the grab.

The Nephilim is summoned by a Sentinel, Viken, and Vanquisher. This dangerous creature is the avatar of Nature's wrath. It is given super armor effects and vitality buffs alongside increasing its size, making it ungrabbable. Along with it is a protective aura to push off nearby enemies, and also an insane attack boost in dungeons. He also can spread a second defense buff which lasts for 35 seconds. Indeed, the Nephilim can cause massive chaos on his foes.

Magnus Dan is the legendary hero of the Druids and their leader. For being at such an old age, he was to retire than be succeeded by the Vanquisher and given his strength to him. Magnus Dan is given no buffs but contains 3 different skills alongside a size increase to defend himself from grabs, and this transformation has no time limit. If controlled right, he can be a great asset.

Ryan can be unlocked by purchasing a Mission scroll from the shop and completing its objectives.

"They say that a young elf from Trial Forest drank water mixed with Kaze'aze's blood and underwent a bizarre transformation. Could you bring back a pure tree trunk so we may treat the poor thing? It would make him very happy." 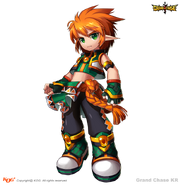 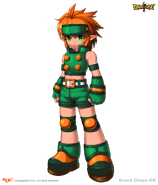 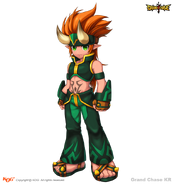 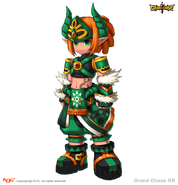 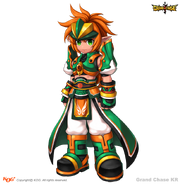 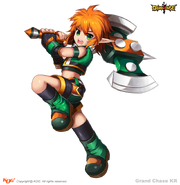 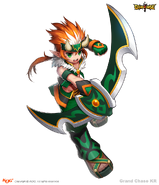 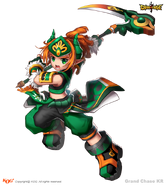 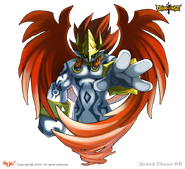 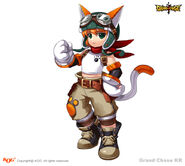