"She waits for the Creator's return."

The Creator of this world certainly exists. In the beginning, using His own strengths, He created the gods and demons and then created humans, elves, and dwarves. However, the Creator did not just simply create us and then leave. He still watches over us and bestows upon us grace and miracles. When you join the Creator's Morning, you can experience the miracles for yourself. Numerous people have already joined us and experienced these miracles.

I was able to see from my eyes that I could not once see. (Daredevxx, Bishop) I was born blind. My daughter who had been taking care of me left me leaving me devastated. It was then that I had met Him. With just one touch, He gave me the gift of sight and allowed me to live a new life.

My dead dog came back alive. (Deacon) Last winter, my puppy died after being hit by a carriage. I was very sad because my dog was my best friend. At that time, He touched my dog and the dog that was once dead started to run around as if nothing had ever happened. Oh, dear Creator...

Sage can be fought as a boss in Raid 1.5: Attack of Illusions.

Sage utilizes the same attacks she has as a playable character. 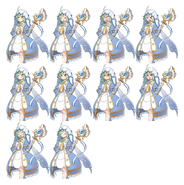 The expression system of Sage.

Cult Leader icon.
Add a photo to this gallery 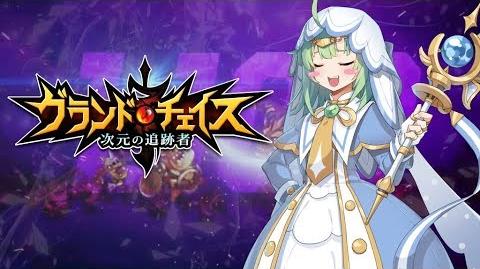 Retrieved from "https://grandchase.fandom.com/wiki/Sage?oldid=81486"
Community content is available under CC-BY-SA unless otherwise noted.