Sebastian is one of Dio's two butlers, the other being Alfred.

There is nothing else known about Sebastian other than that he appears to be a young and extremely whiny demon despite being a porter of the Burning Canyon family.

When Dio decided that they had to leave the dimension he was sealed in, Sebastian complained about why he and Alfred had to pack heavy luggage.

Sebastian appeared in EP 7: Yours, Mine of Dio's Likability. 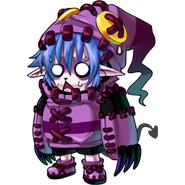 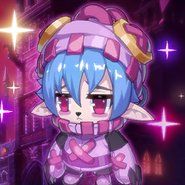