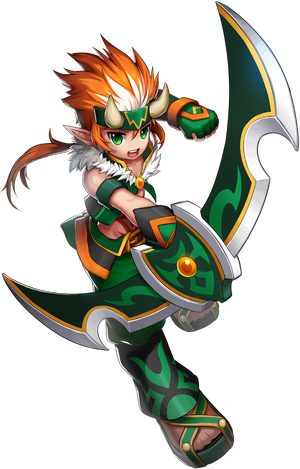 The Sentinel is skilled in infiltration and staying concealed, using a sharp, closely held weapon called a Jade Hook, named for it's moon-like shape. Without being noticed, the sentinel moves on his prey and eliminates any threat to the forest. The sentinel is not an aggressor, but a guardian; a guardian of the forest.

Similar to his first job, as a Sentinel, Ryan can take on an aspect of nature and transform into the Nephilim. When transformed into the Nephilim, Ryan's strength and speed is greatly improved and will make a deadly opponent for any who would dare harm the forest.

"Young druid, do you know of the sentinels? Sentinels are protectors of nature who wield Jade Hooks with strength and dexterity. If you are able to pass my test then you too can receive the training necessary to carry these weapons." 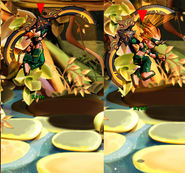 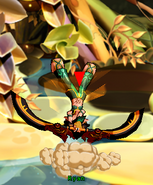 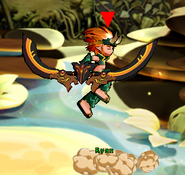 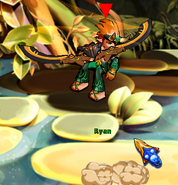 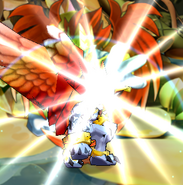 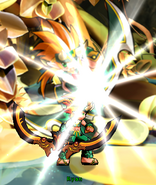 Flying Divider
Add a photo to this gallery

Retrieved from "https://grandchase.fandom.com/wiki/Sentinel?oldid=55461"
Community content is available under CC-BY-SA unless otherwise noted.