Serdin is one of two kingdoms that rule on Bermesiah, the other being Kanavan. Founded at least 1500 years ago by Scarde Vi Serdin, it is the kingdom of magic, and many phenomenal warriors such as Arme and Edel hail from Serdin. There are also two known organizations within the kingdom: the Violet Mage guild, and the Knights of Serdin.

Mage Scarde Vi Serdin was an Arch Mage of Kounat who survived the Great Explosion and led its citizens in Bermesiah. She would then establish the kingdom of Serdin and become its first ruler after the brother of King Kanavan who would have instead established the kingdom died during a trip.

Enaruv Vi Serdin is the Queen of Serdin in the present time. She nearly lost her life when the Kanavan waged war against Serdin for five years. It was only until her enchantment that freed Anyumena and Ronan from the clutches of Kaze'aze, thus ending the five-year war between the two kingdoms. Determined to stop the evil sorceress from starting another war, Queen Serdin has formed the Grand Chase.

Edel Frost is the current Captain in the Knights of Serdin. Her twin brother Adel was anticipated to revive the name of Frost but when he suffered from a debilitating disease, Edel took his place in the army.

When she saw that a curse had been placed on her family, Edel sought help from the Violet Mage and left on a journey to find her brother who has gone missing.

Knight Master Isolet is the kingdom's guardian and commandant who recruited Elesis, Lire, and Arme to the Grand Chase.

Arme Glenstid is a Magician in the Violet Mage guild. She joined the Grand Chase in hopes of facing Kaze'aze as her magic had intrigued the mage.

Grand Mage Serre is the leader of the Violet Mage guild, which he founded after he retired from being an adviser to the Queen of Serdin. He found Arme as a baby and adopted her after sensing her potential for magic.

Stellar is a member of the Violet Mage Guild and one of Arme's teachers. Before her betrayal, she was in the middle of researching dimensions and learned to utilize the power from the Spirit World.

Elena was an Elder of the Violet Mage guild. She was enticed by darkness and became a commander of Kaze'aze in exchange for power and was given her domain.

Eluna is a member of the Violet Mage Guild and Elena's younger sister. She accompanied the Grand Chase throughout Ellia in hopes of stopping Kaze'aze and her evil forces.

Lord Jason is the commander of the Serdin Knights' security team. He has authority over the security guards in the Kanavan Kingdom.

Bestair is the Guild Manager who once aimed to join the Ruby Knights. Even though he didn't manage to get into the group, Bestair got enlisted later on as a Knight of Serdin.

Mystix is one of Arme's teachers and one of the most exceptional mages in the kingdom of Serdin. She taught Arme the basic skills of magic in her time.

As the first half of the Bermesiah continent, Serdin does not need to be unlocked. 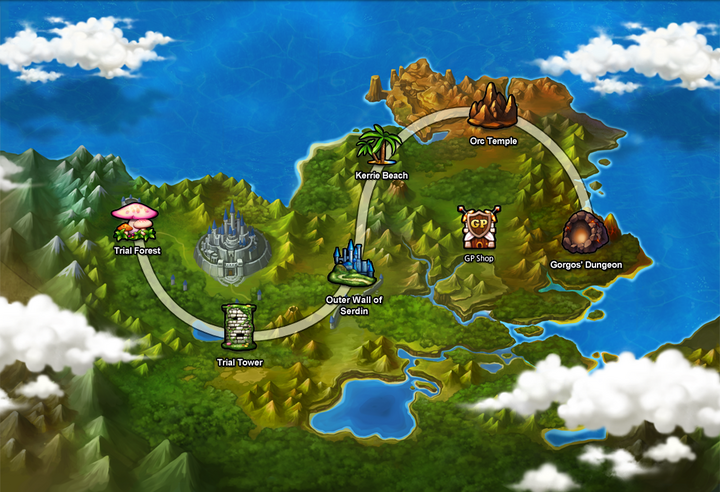 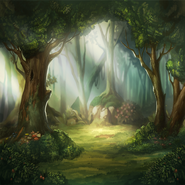 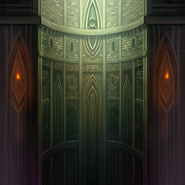 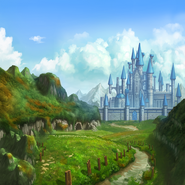 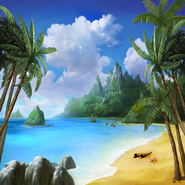 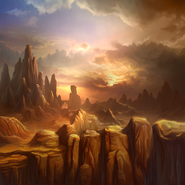 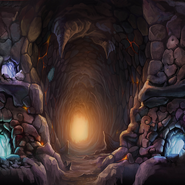