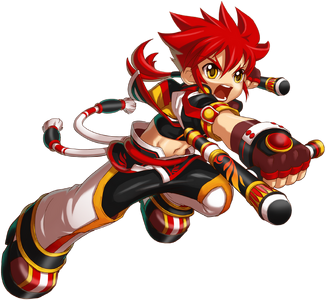 The Shisa uses a tonfa to augment the already devastating close quarters combat techniques of the Fighter. The Shisa excels at long combos and quick attacks to bring down his enemies.

The Shisa's strength derives from his ability to move about quickly and dodge many attacks. With his high level of mobility the Shisa can quickly maneuver around an enemy and lock him down. Any enemy caught in the Shisa’s whirlwind movements will quickly succumb to panic and lose sight of the Shisa. All of this gives the Shisa ample time to strike and quickly retreat to safety. The tonfa are best suited to quick, close quarters combat. Though small, they add to the already devastating power of Jin’s fists.

"Jin, your mastery of Chi and hand-to-hand combat is still sloppy at best! Now you must face the harsh journey before you become the Shisa. Let nothing make you tremble! Now your journey starts!" 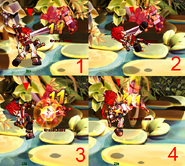 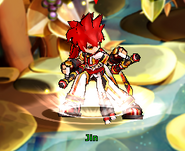 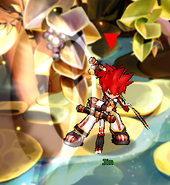 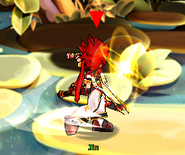 Storm Fist
Add a photo to this gallery 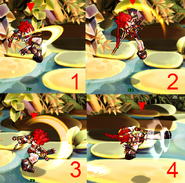 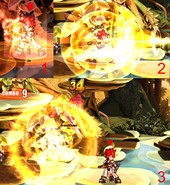 Total Smash
Add a photo to this gallery

Burning The Glow!
Add a photo to this gallery

Retrieved from "https://grandchase.fandom.com/wiki/Shisa?oldid=59109"
Community content is available under CC-BY-SA unless otherwise noted.