Amy, the Oracle Dancer of Silver Land, and everyone's favorite Idol, her dancing not only conveyed the will of the gods but also raised the spirits of tired warriors. As she wandered, searching for the fallen gods of Xenia to deliver to them the will of the rising people, she came across a music spirit and discovered the divine Kleiophone.

The Kleiophone was a tool originally used by high ranking Oracles called Sirens to convey to the gods the voices and intent of mortals but is now no longer in use. Amy can become a Siren and speak to the hearts of the gods, hastening the search for the gods while at the same time boosting the morale of warriors on the battlefield with her dance and song, using the Kleiophone as a microphone to the world. By singing a song from the heart to the gods, Amy will light up Xenia before it is completely plunged into darkness with her pink-colored hope and lively song and dance.

With her fast movements generated by her double jumps, dashes, inherently powerful skills, and the ability to switch from Performance and Fighting stances, the Siren is a highly adaptable combatant. Amy can use her medium distance, lockdown combos regardless of fight mode in the air and on the ground to quickly strike and then retreat.

With her Kleiophone she crushes enemies and her Idol Performances assist knights in battle by restoring their strength. In Fighting stance, Amy snaps her Kleiophone in two and with quick attacks executes multiple hit combos inflicting great damage upon the entire battlefield.

It is necessary to be Lv.30 to be able to participate in 3rd Job Promotion.

"I've already heard much about you, that you are the best Dancer in Xenia. You are also a very popular Muse. There are test awaiting you to see if you are worthy of rockin' the Kleiophone." 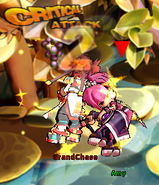 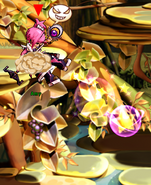 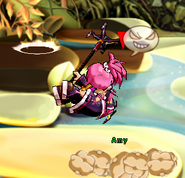 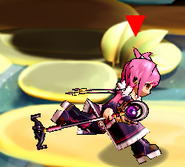 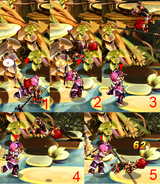 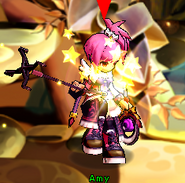 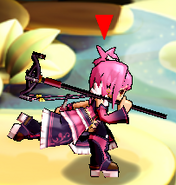 Super Star
Add a photo to this gallery 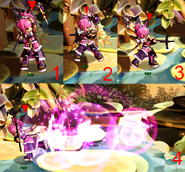 Super Star
Add a photo to this gallery

Retrieved from "https://grandchase.fandom.com/wiki/Siren?oldid=80890"
Community content is available under CC-BY-SA unless otherwise noted.