A Slime is a basic monster in the Bermesiah Continent, and there are four species of Slimes: Regular, Blue, Red, and Swamp.

In Season 2, there were originally only two types of Slimes.

There are two pet Slimes, the Slime and the Golden Slime.

They attack by tackling the player. This attack might not sound like much, but if it hits the player, they will be thrown across the room. They usually go in a ready stance before leaping.

Red Slime can create an AoE flame on the ground. The Green one creates a toxic explosion when killed. 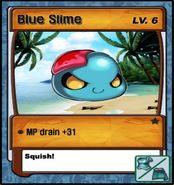 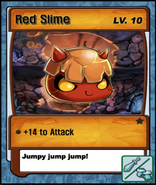 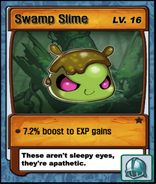 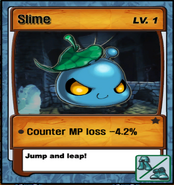 Swamp slime from Season 2
Add a photo to this gallery

Retrieved from "https://grandchase.fandom.com/wiki/Slime?oldid=34987"
Community content is available under CC-BY-SA unless otherwise noted.