Are you curious about Tarragon? If that's the case, leave it to me, Carbon!

Alas, the things I could say about Tarragon. With his overflowing charisma, sharp looks and modesty make him the best demon of this era. Above all, he is a powerful demon that can control the power of darkness. He's become somewhat of a hot topic amongst the masters.

Because of his late entry, he ended up being Belile's subordinate, but sooner or later, no one will question him as being the strongest demon ever.

Hm? The sword at his waist? I've never seen him draw his sword before. However, I'm sure it is not just for decoration. On the day that Tarragon decides to draw his sword? Fufu... You better be praying. No matter the world, it will certainly be over. Just pray that it won't be your world!

Tarragon can be fought as a boss in Act 1.9: Burning Abbey. He reappears with Carbon in Act 14.2: Unexpected Reunion.

Tarragon utilizes the same attacks he has as a playable character. 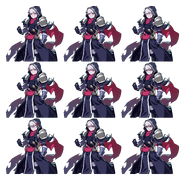 The expression system of Tarragon. 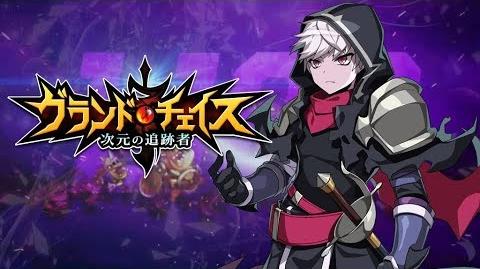 Retrieved from "https://grandchase.fandom.com/wiki/Tarragon?oldid=81505"
Community content is available under CC-BY-SA unless otherwise noted.