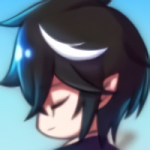 Hi there! I'm a huge fan of Grand Chase but more on the 'Lore' side of things admittedly. My goal is to unify our fandom once again by providing easy access to all the necessary information about the franchise.

Storytime! Even before the PC game closed, it always felt that Grand Chase has been severely underrated and that it deserved better in both attention and treatment from KOG (no offense). I was saddened when our community started fading and as a fan I guess I was concerned enough to actually take matters in my own hands. This is when I became more dedicated by posting elaborate stuff in my personal Facebook page even though no one gave a damn about Grand Chase M which was reasonable tbh. Imagine my joy that Grand Chase Dimensional Chaser was announced later on and despite the early criticism, I really tried to put the word out there.

Fast forward, I asked my longtime pal Ellie Sieghart if I could contribute much more in Grand Chase Wiki and now we're here. Thankful for the opportunity, I'm hoping that my efforts, while a small feat, has swayed the Grand Chase community in little ways at the least...

If you have suggestions for Grand Chase Wiki or any feedback at all, just hit up my message wall.

Retrieved from "https://grandchase.fandom.com/wiki/User:AugustHunt?oldid=73081"
Community content is available under CC-BY-SA unless otherwise noted.