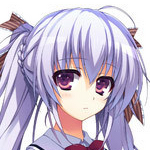 Everything, from damage to MP gain is correlated to base damage, thus you only need to look at the base damage for a quick comparison. Rank is not based on personal ranking; rather the raw output you'll get on a single target. Special properties and hitzone may make one pet better than the other.

Effect of Stat Increase on Elesis

Combo damage is a multiplier of attack.

This multiplier applies to Elesis using her sword (i.e Knight).

The area of gain is again, a multiplier.

Compare 0.140 to 0.0986, skills benefit more...of course. Since skills themselves are multipliers.

The area of gain is again, a multiplier and is the same as attack.

So what does this mean?

But I added Special Attack already!

Fret not, the stat will become extremely useful post vamp...if it ever comes here.

Here is Rufus data from KGC:

It's an exponential growth in output, and with just two 259 cards, you can kiss all your critical cards goodbye as it's a guaranteed double damage on skills.

Upgrading my cards will barely do anything.

Retrieved from "https://grandchase.fandom.com/wiki/User:Mornsta?oldid=46851"
Community content is available under CC-BY-SA unless otherwise noted.