The magic engineering city of Kounat, with its brilliant magic civilization, had produced countless great mages for many years. It is because of this that soldiers who did not use magic were considered insignificant, but really it was prejudiced.

Ironically, Kanavan, the strongest swordsman in history, was born in the magic kingdom of Kounat and her troops were also just as strong. Among Kanavan's men, the youngest adjutant Varonas managed his men with care and sincerity. With his unique combat style of utilizing gun fists and excellent defense, he actively uses himself as a shield for troops.

Varonas is famous for his dangerous training, which may also be perhaps the most important reason for Kanavan's strong troops. Within the unit, his ability to listen to grievances and solve problems is second to none, however, it would be best to avoid any topics regarding age and/or appearances.

Varonas can be fought as a boss in Act 11.6: The Gunfist and uses his designated skills as a unit. 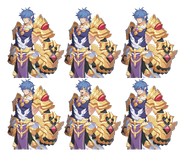 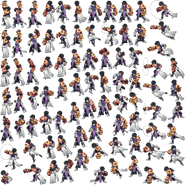 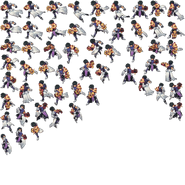 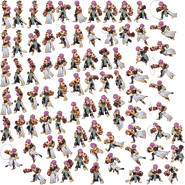 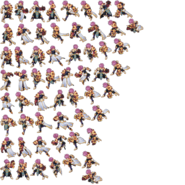 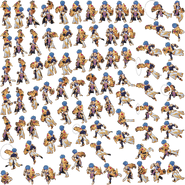 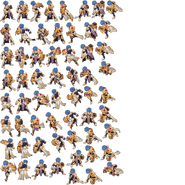 Retrieved from "https://grandchase.fandom.com/wiki/Varonas?oldid=81511"
Community content is available under CC-BY-SA unless otherwise noted.